Chris Leslie describes how his time in Pakrac and Sarajevo, at the very outset of his Balkan Journey, influenced his later documentary work in Glasgow, Scotland.

1996. I’m a fresh faced twenty-two year old Glaswegian, volunteering in Croatia on a social reconstruction project. I’m living in Pakrac – a town wrecked by war. The guns and shelling have stopped but divisions and tensions remain. I spend my downtime photographing the remains of ethnically cleansed homes in and around the town. The ugly war crimes of conflicts past resurrected in the very heart of Europe. It’s nearing the end of the 20th Century, and what a bloody century it has been.

The extent of human suffering and deliberate destruction of towns and people that categorised the wars in the Former Yugoslavia cannot be underestimated, nor forgotten. Europe bore witness to the violent deaths of 100,000 lives in a conflict hallmarked by torture, rape, ethnic cleansing and concentration camps. With homes and towns razed to the ground, 2.5 million fleeing refugees became the by-product of a brutal war that pitted neighbour against neighbour.

I didn’t know it then, but my experiences in Croatia were only the starting point of what became a 25 year long photography project, shooting and documenting images of post conflict towns and cities in the Former Yugoslavia. The ghosts of war remain. Forever etched in the shrapnel-wounded Balkan buildings and forever shaping my perspective; influencing the photographs I frame and the stories I tell. It’s why, perhaps controversially, I see parallels of the Balkans haunting my home cityscape; echoed in Glasgow’s unrelenting regeneration.

Sometime in 2008, I began photographing and documenting stories from another frontline, one much closer to home. Glasgow has a turbulent history when it comes to ‘regeneration’. From the early slum clearances to the installation of high-rises, it has frequently found itself the clay and prey of over-zealous, short-sighted urban town planning. This legacy of ‘regeneration’ striking me as eerily similar to the Balkans, both in the shadows cast by the buildings left behind and the scars inflicted by the ensuing loss of community, identity and home.

This project later became Disappearing Glasgow – a multimedia project and book documenting six areas of the city that either disappeared entirely or were radically transformed as the city authorities inflicted their wholesale demolition. From 2006-2015, thirty-five percent of Glasgow’s social housing high rise buildings were emptied and destroyed. The gloomy spectres of housing schemes past now marring and jarring the skyline.

In Ibrox, Glasgow the high rise flats were brought down floor by floor, room by room. Thirty storey buildings painfully extracted brick by brick. Flats destroyed in the jaws of a mechanical picker, their facades patiently eaten, slowly revealing vibrant, bright interiors-belying their grey grim exteriors. Giant megaliths vacated, standing defeated yet defiant. Of course some were demolished with dynamite, felled in one go. A very modern clearance, more than nodding to the former apartment blocks that once stood proud on the frontline suburbs of Grbavica in Sarajevo.

The Brutalist imposing Whitevale and Bluevale flats, once earmarking Glasgow’s Gallowgate had the most striking physical resemblance to the destroyed Sarajevo UNIS towers- the salubrious location of the latter not enough to protect them from daily shelling. Dalmarnock, in Glasgow’s East End was equally unprotected. Left to crumble and rot for more than thirty years, it’s empty and neglected red sandstone tenements would not have been misplaced in frontline Sarajevo.

In the ruins of the former Oatlands scheme, I spent days photographing post-apocalyptic vistas, an unwilling nomad, intrepidly seeking out the remnants of life that once thrummed in the empty carcass walls. Saddened yet impassioned to document their truth.

It’s 2021 and a new century and 25 years on since my time in Pakrac, Croatia. The Former Yugoslavia I knew has long since been rebuilt and a fragile peace has survived, but never taken for granted. In my home city of Glasgow there’s been a ceasefire, ending the incessant cull of failed social housing schemes and the demolition of high rise flats. The skyline has changed, the landscape is changing – barren scars of destruction healing. If time truly heals, let’s hope the history lessons of our past keep old wounds closed. 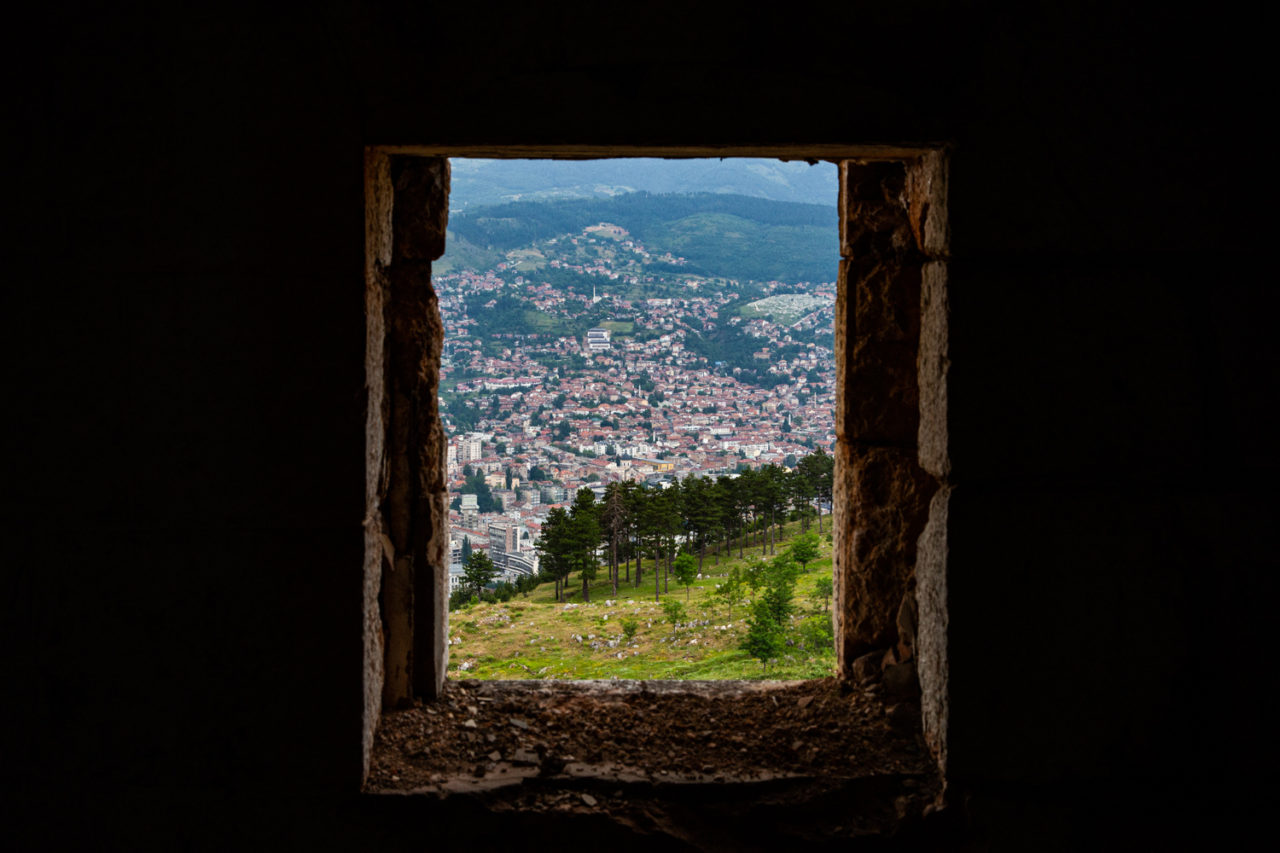 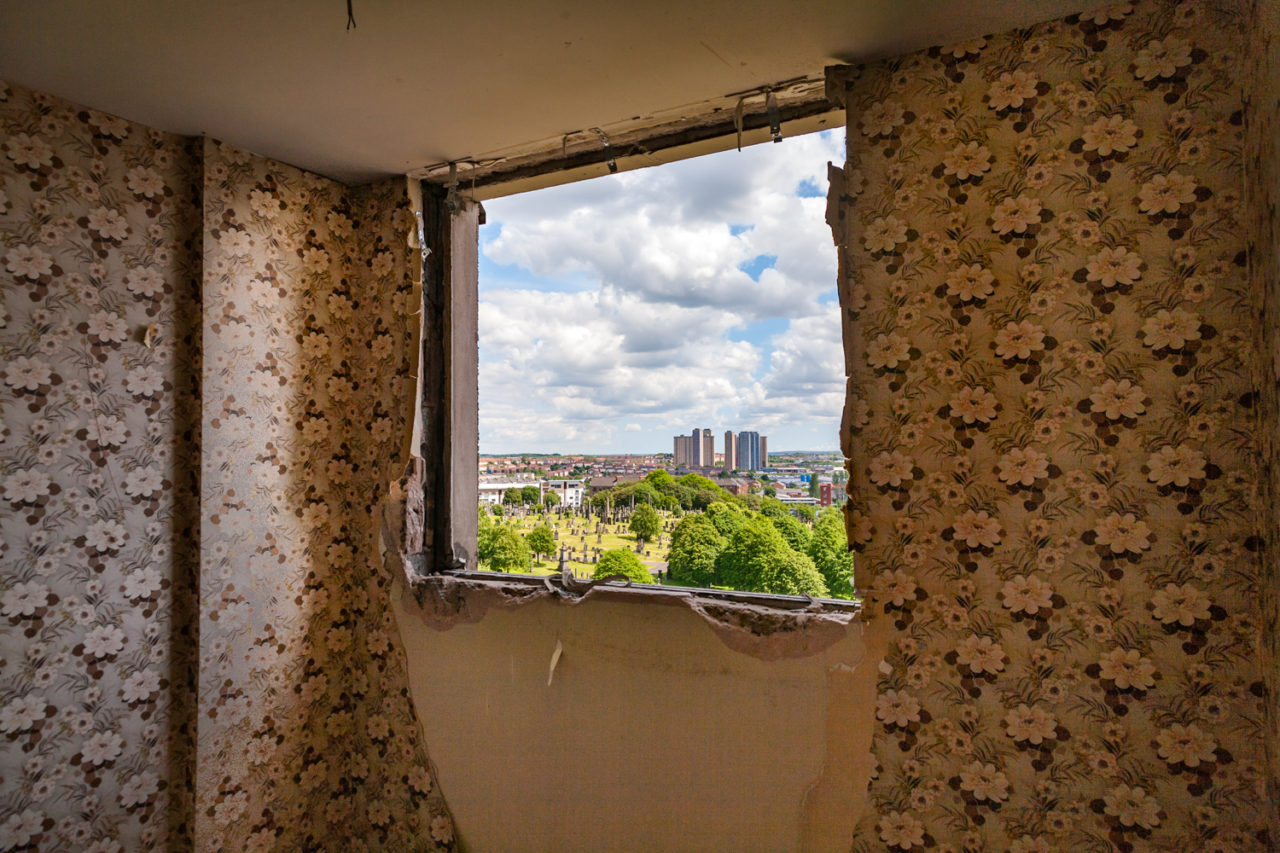 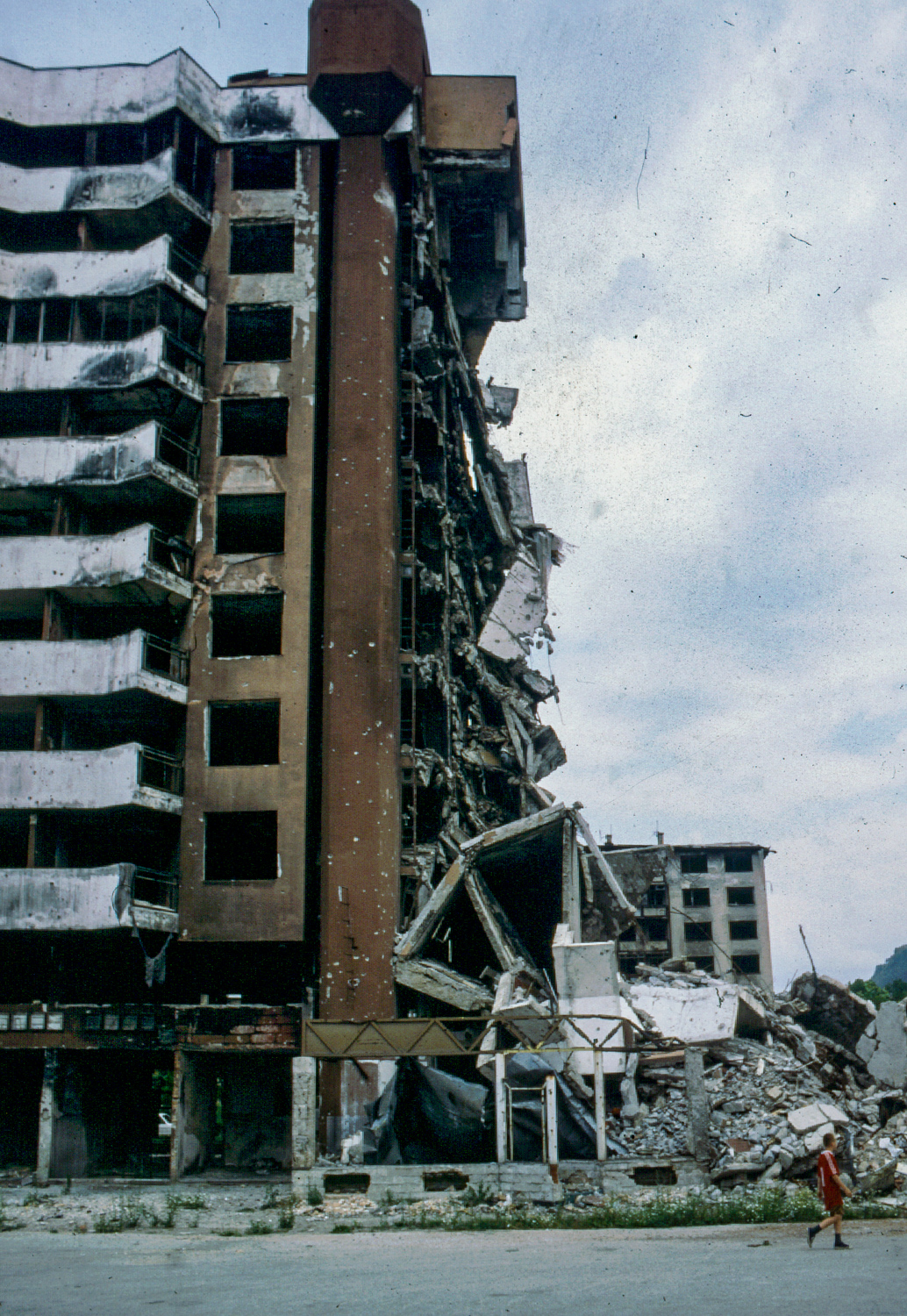 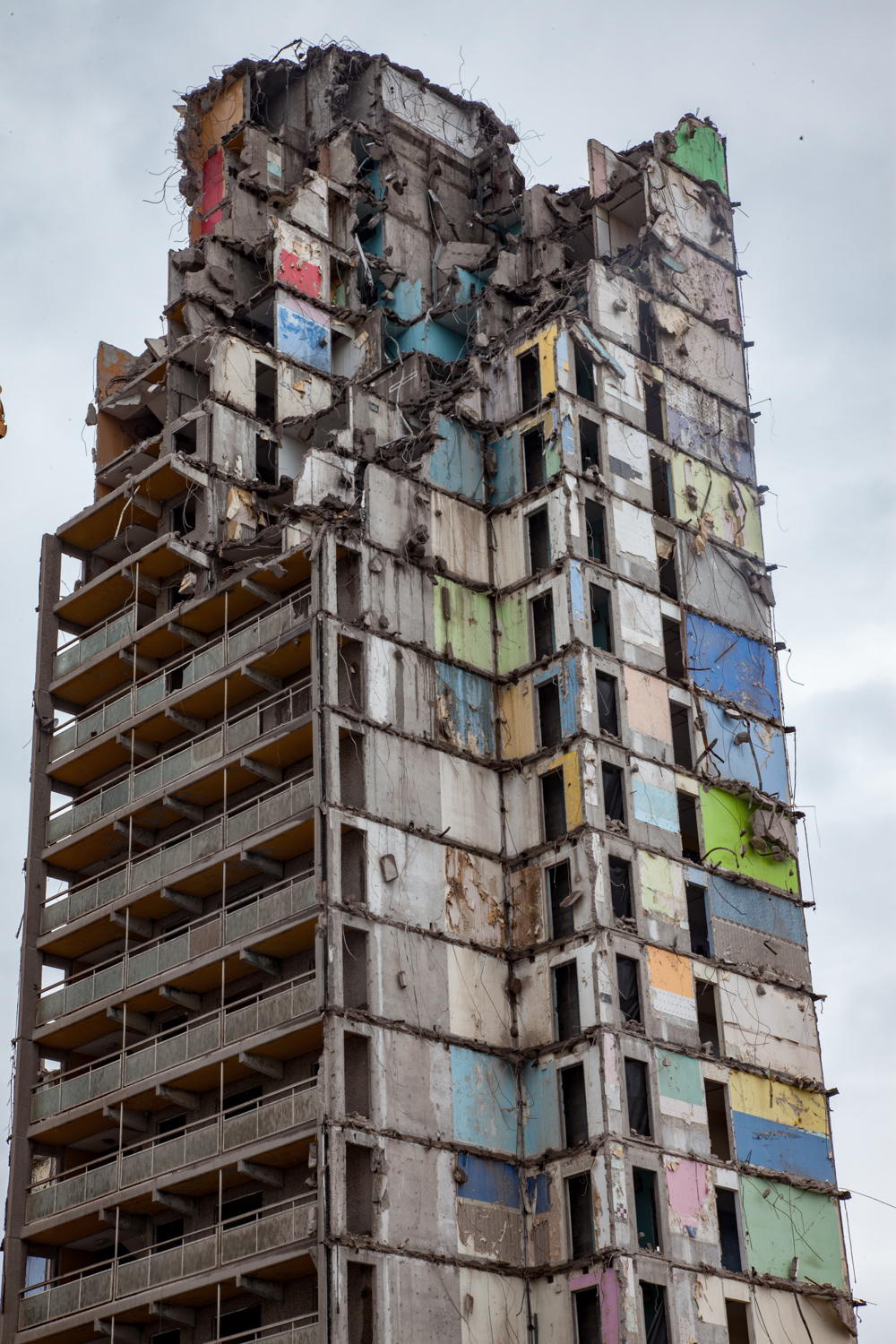 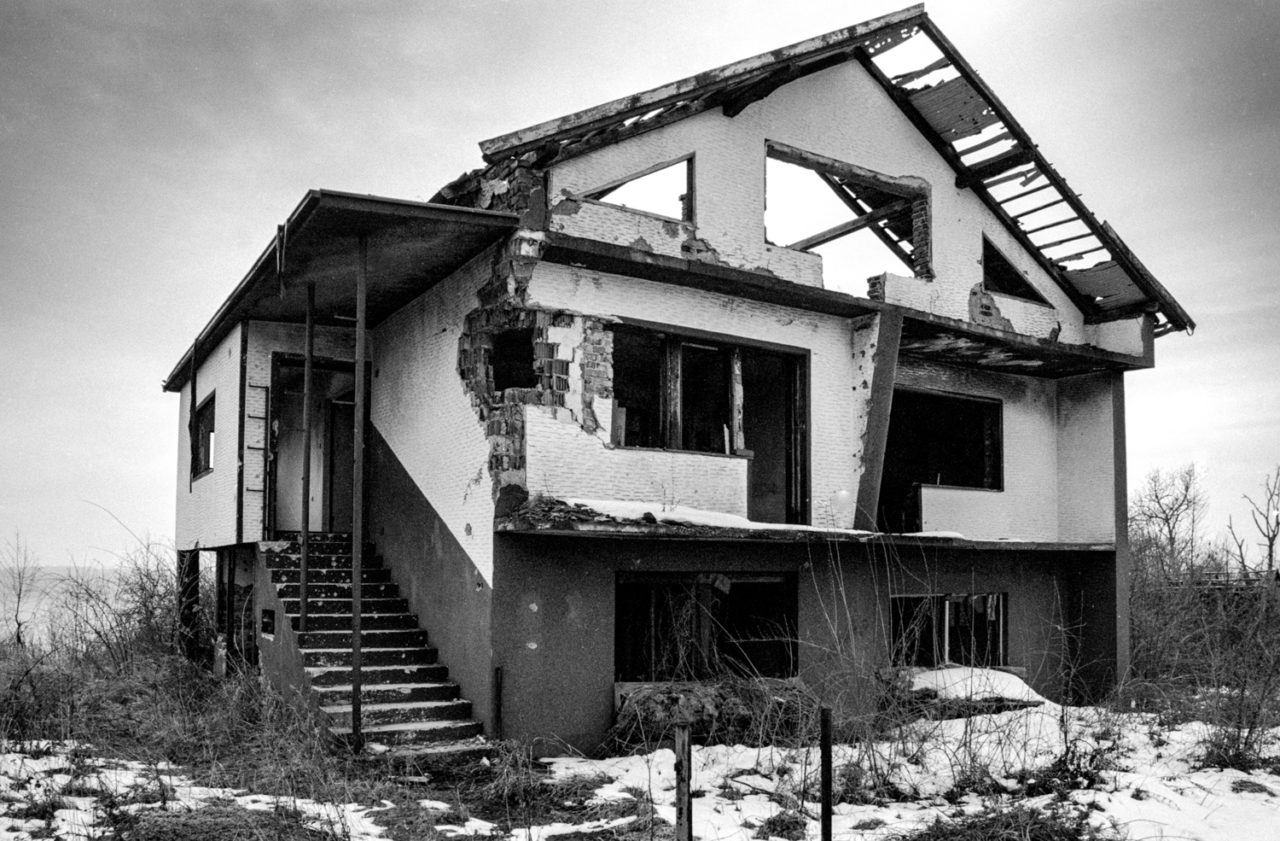 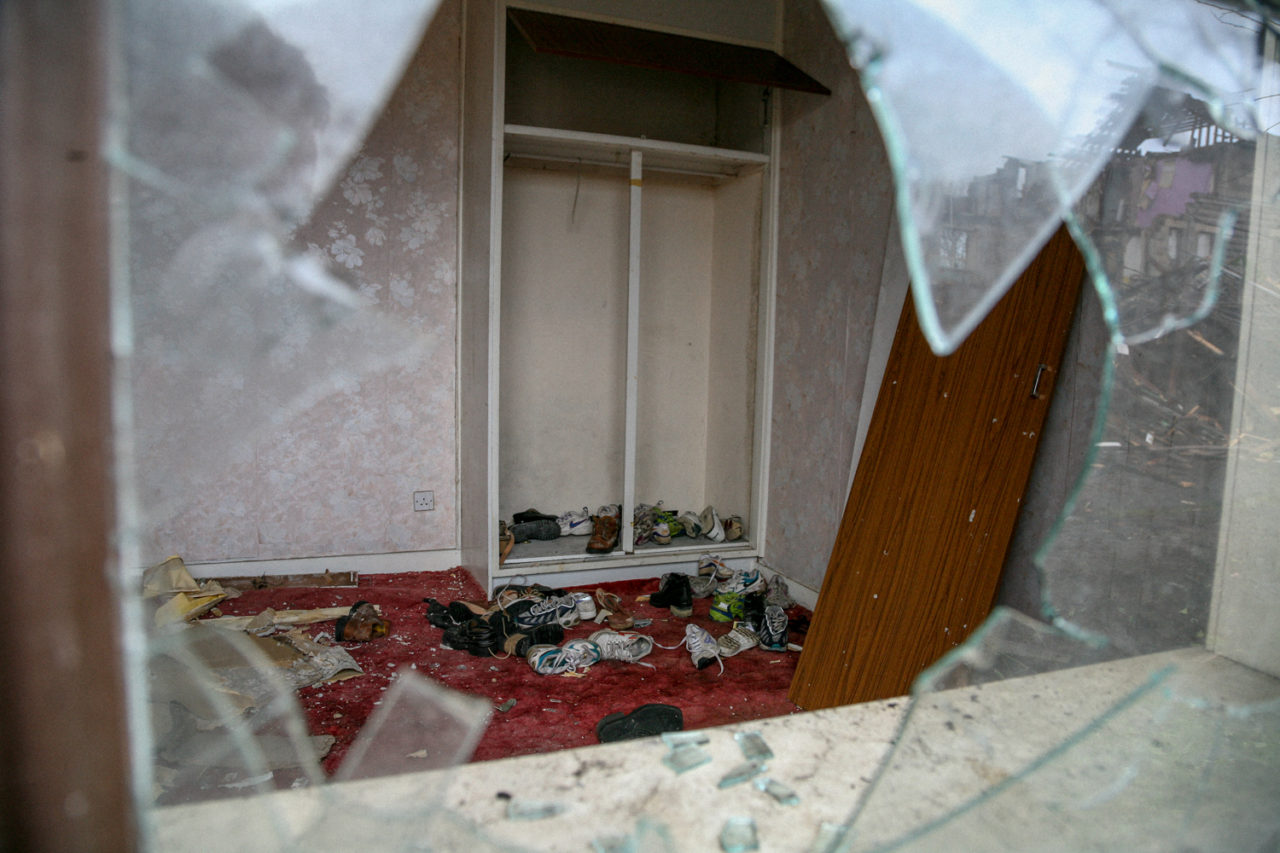 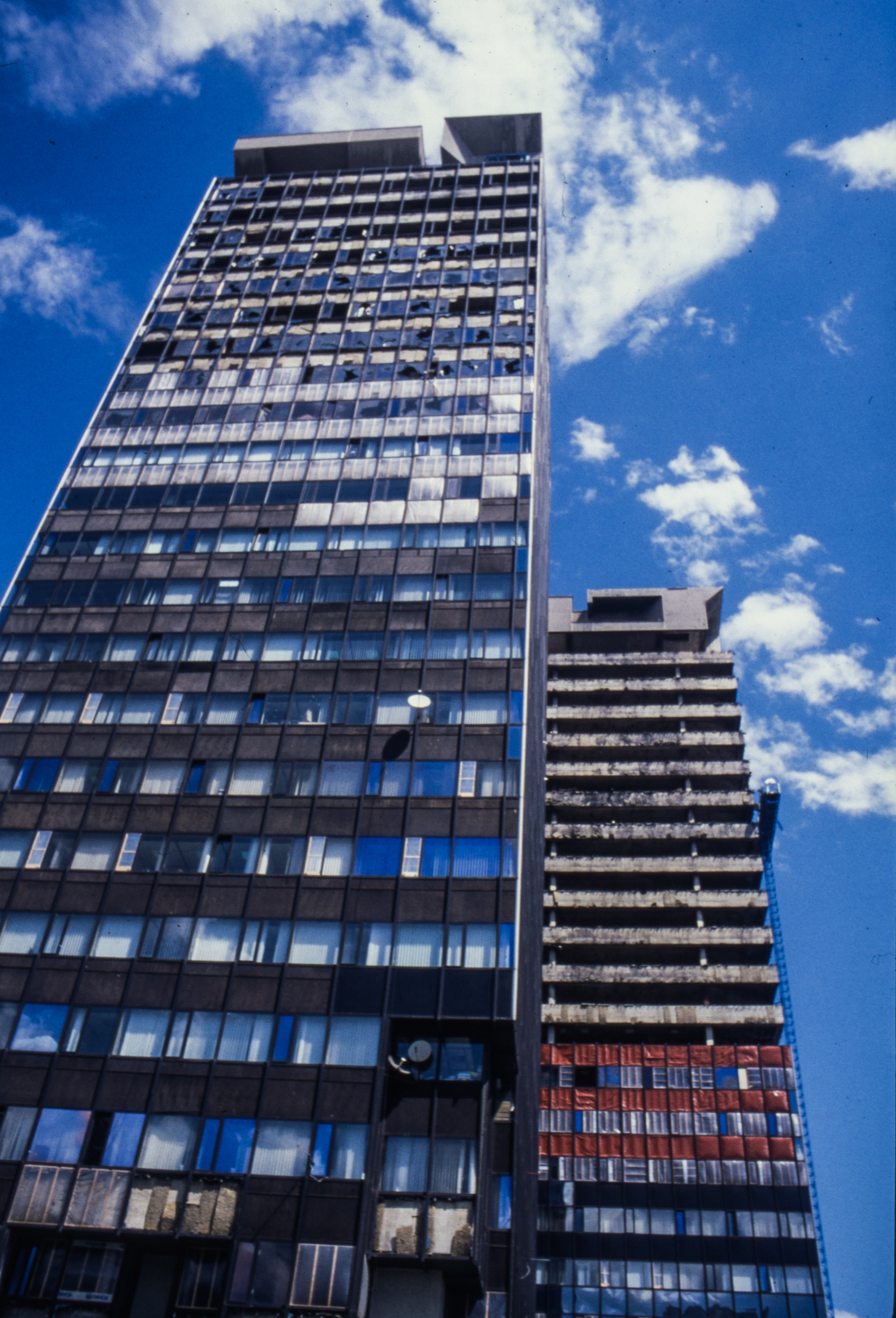 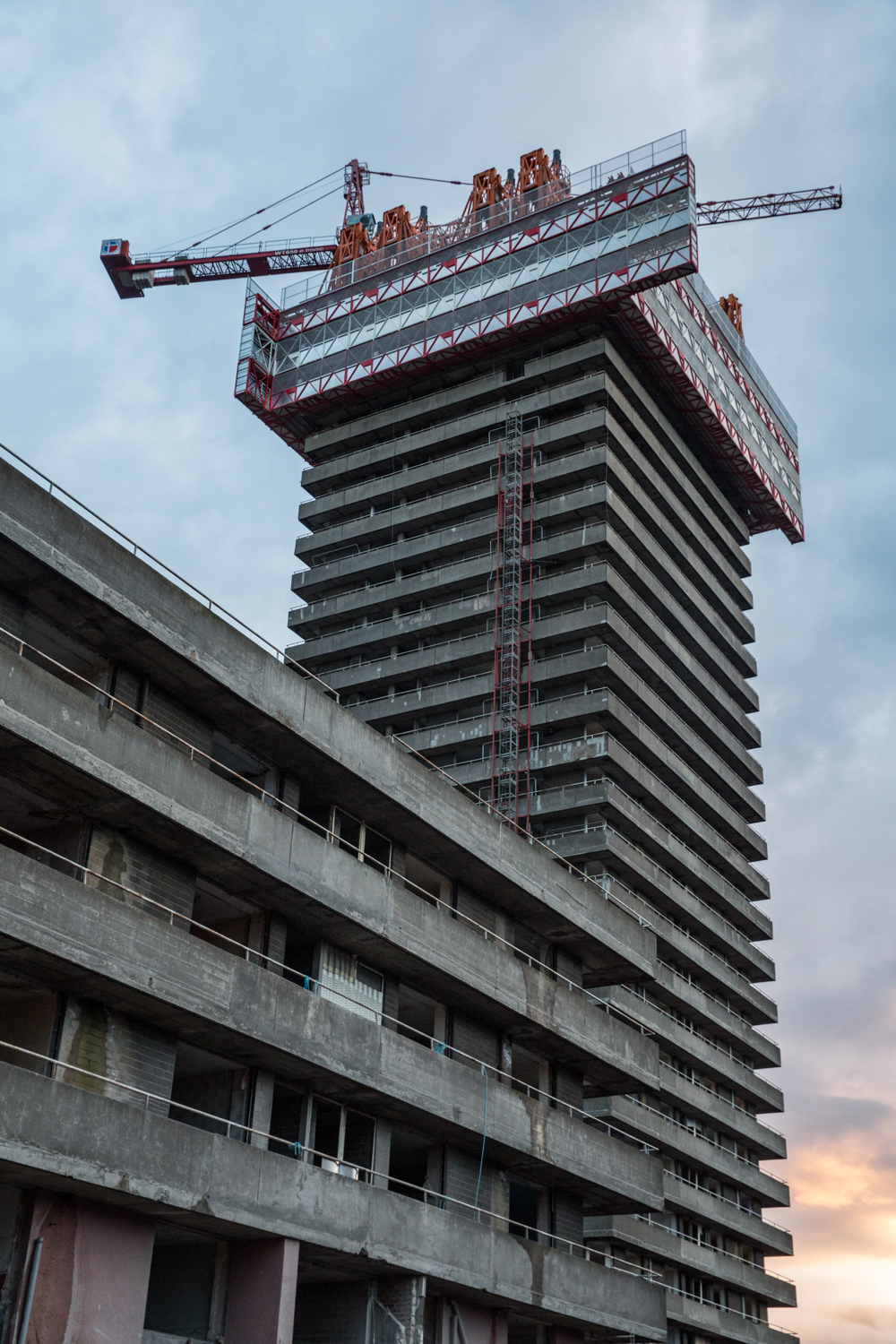 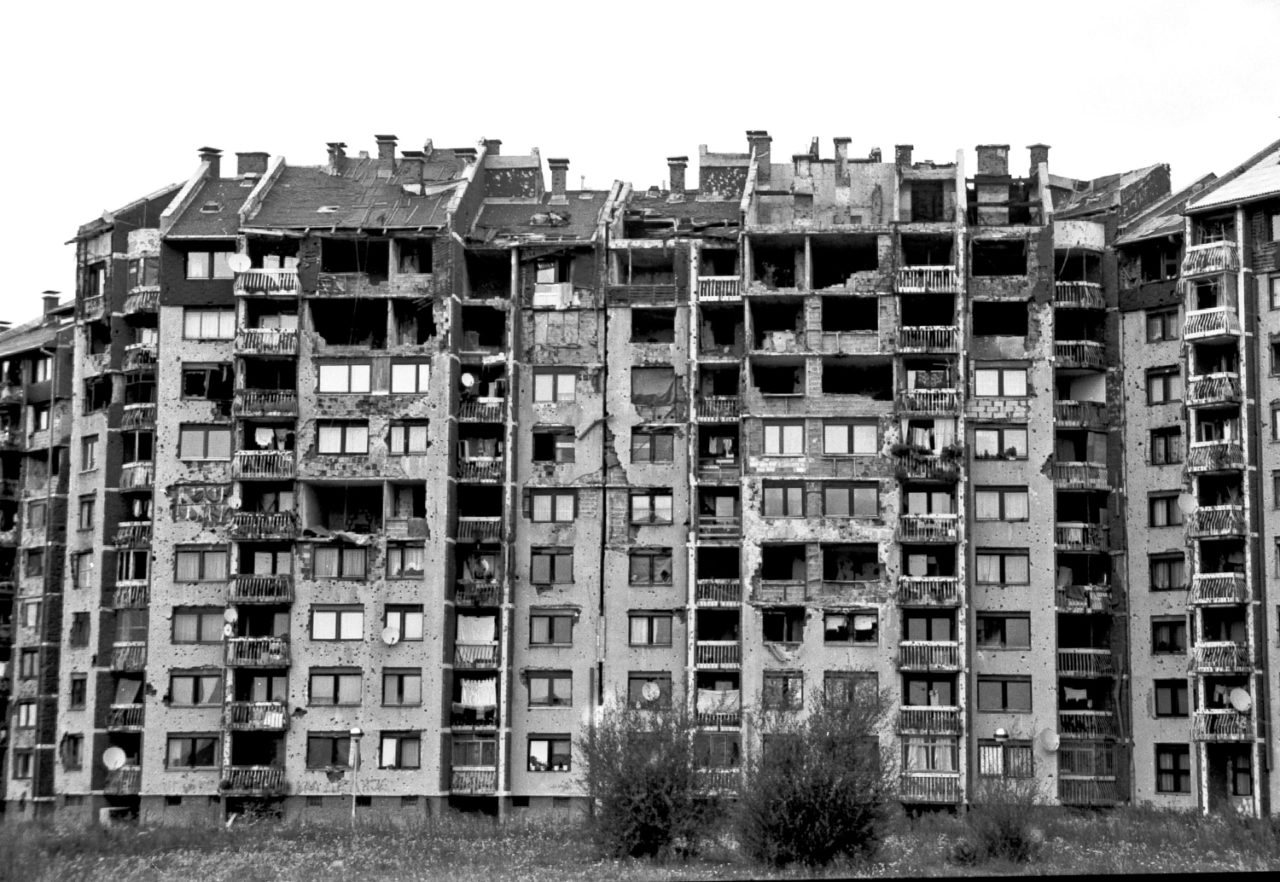 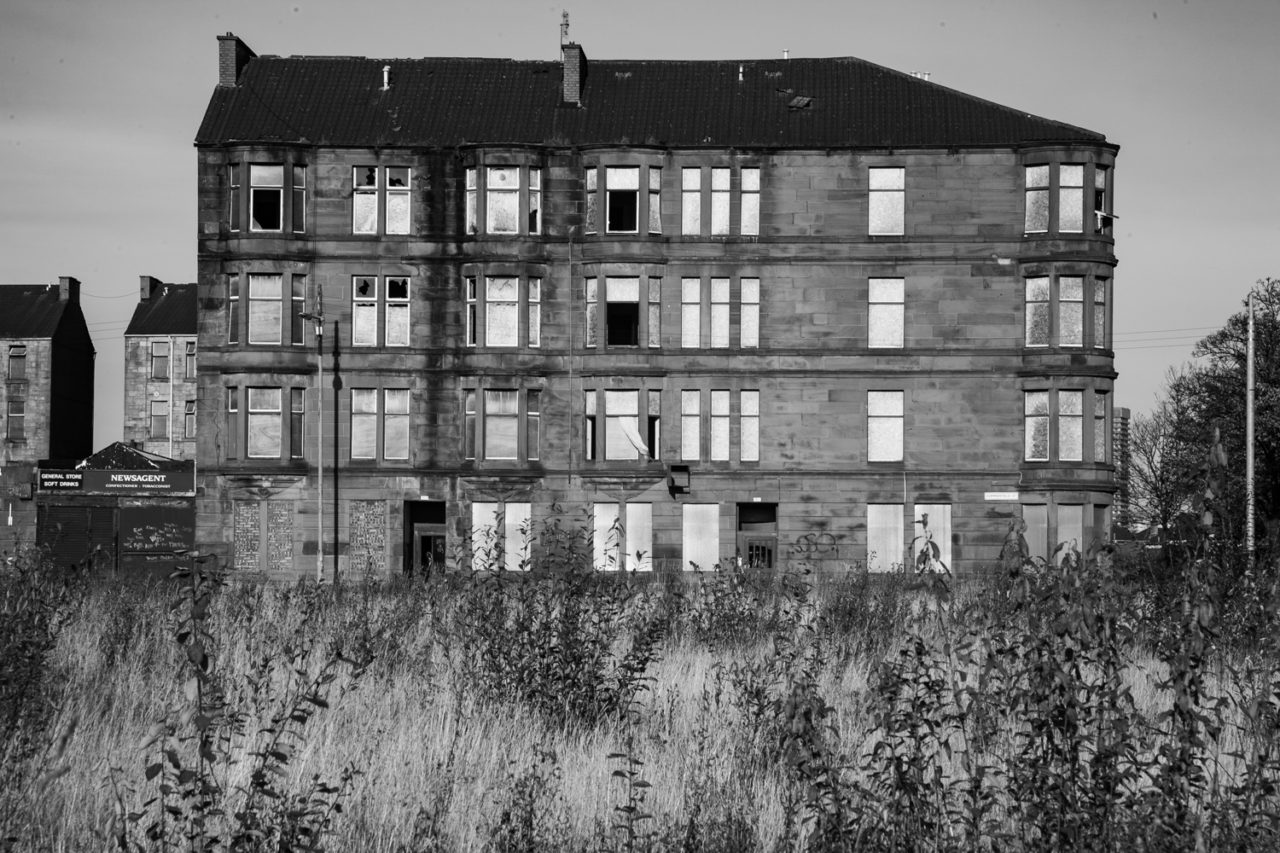 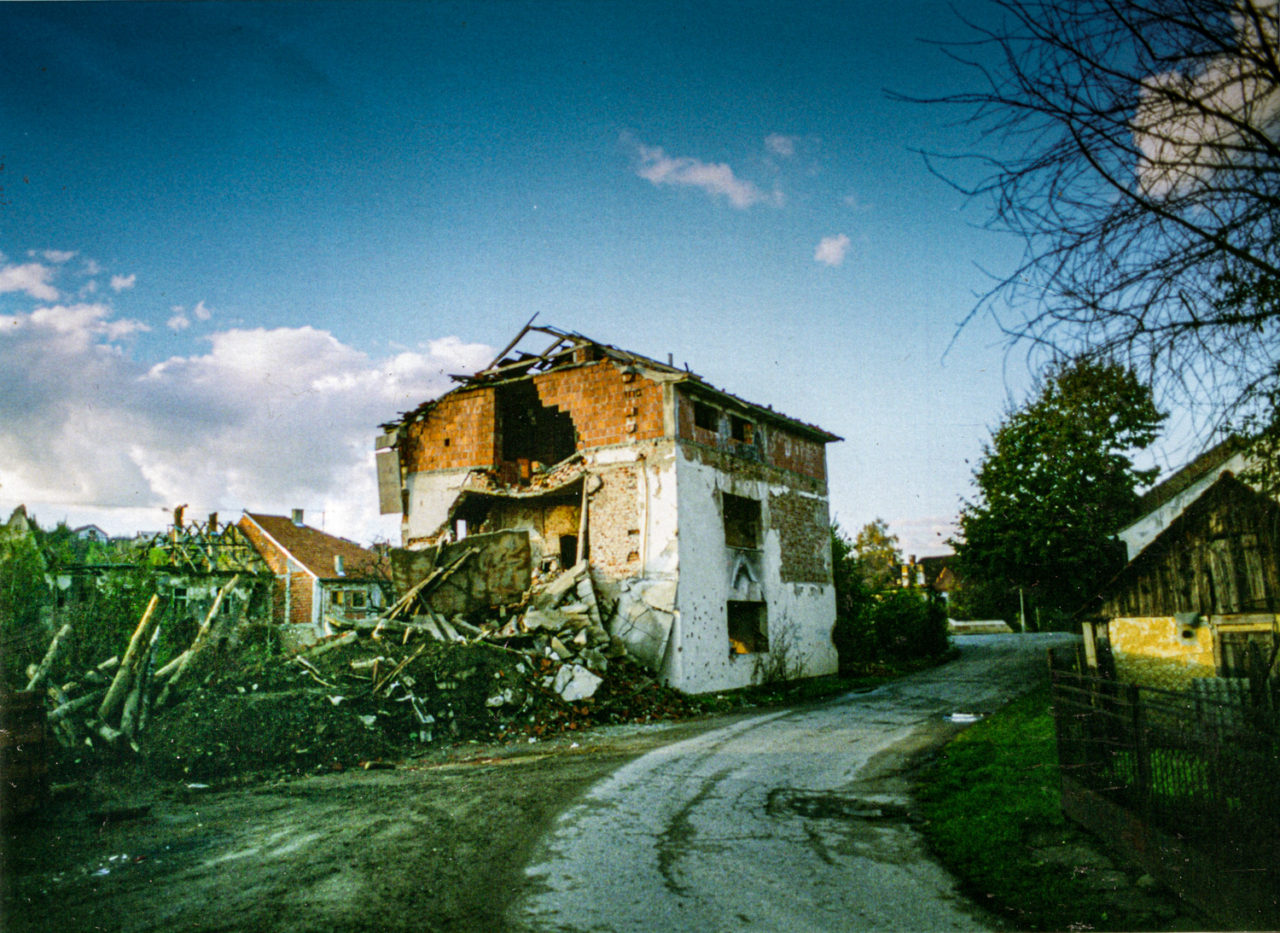 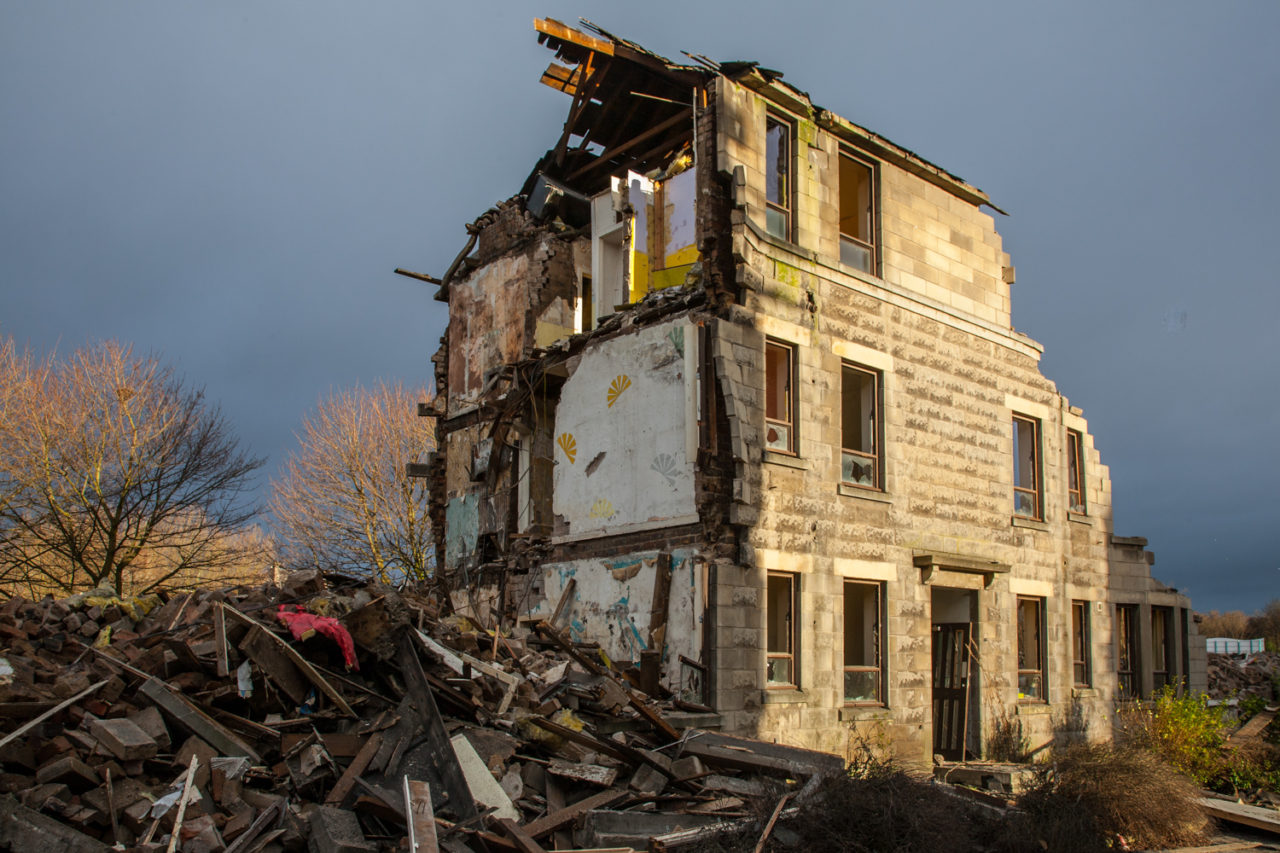 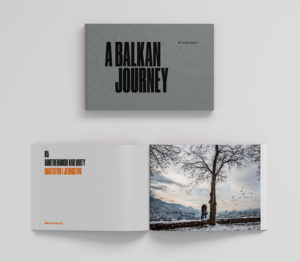