Like most people in the early 1990s I ‘witnessed’ the wars in the Former Yugoslavia conflict from a safe distance on television. The scenes became part of a spectacle that were repeated most nights on the evening news reports : buildings on fire, civilians sprinting from sniper fire, children in tears, shells exploding, blood soaked streets, old ladies in head scarves wailing.

It was labelled as a barbaric civil war, fuelled by ancient ethnic hatreds that were unique to the region It couldn’t happen anywhere else – this level of barbarity was part of Balkan history and its peoples. Too complex to understand why the war started or to how to stop it. Like most people I tuned in, watched in horror, scratched my head, then tuned out. I was living in a small town in Scotland, I was in my late teens and the wars in the former Yugoslavia were happening in a distant parallel universe.

A few years later at University as a Psychology undergraduate I had to choose a subject for my final year research and thesis.  The conflicts in the Former Yugoslavia, that were still raging at the time, seemed a good choice. I had a lot of questions to try and answer – What was Yugoslavia? How and why did the conflicts start?  How do you turn neighbour against neighbour? Why was it so brutal? Could this happen elsewhere?

In 1996 I graduated University with my thesis – The Forces Behind Nationalism and Ethnic Cleansing in the Former Yugoslavia. 10,000 words that gave a vague insight into the conflict but more importantly started my obsession with all things Balkan. The wars had just ended at the same time I had graduated and with no clear career path, I searched into the possibilities of volunteering in the region. At the time I thought of it as a kind of ‘gap year’ experience and hastily put together my first CV – adding photography to the Skills and Interests section.  I had never owned a camera or taken a photograph, but thought it would be a cool thing to add and fill in an otherwise blank space. I faxed my CV off to a volunteering agency and wondered what, if anything, would come of it. 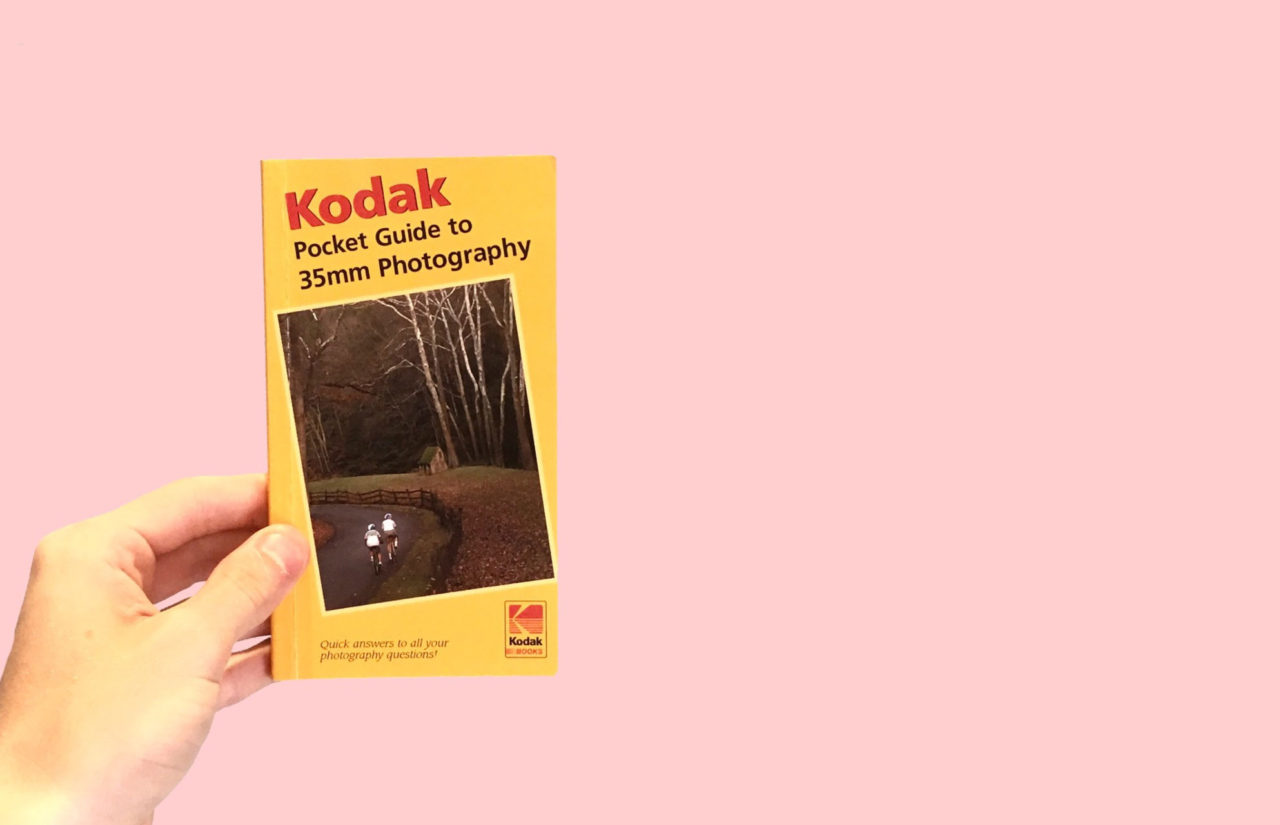 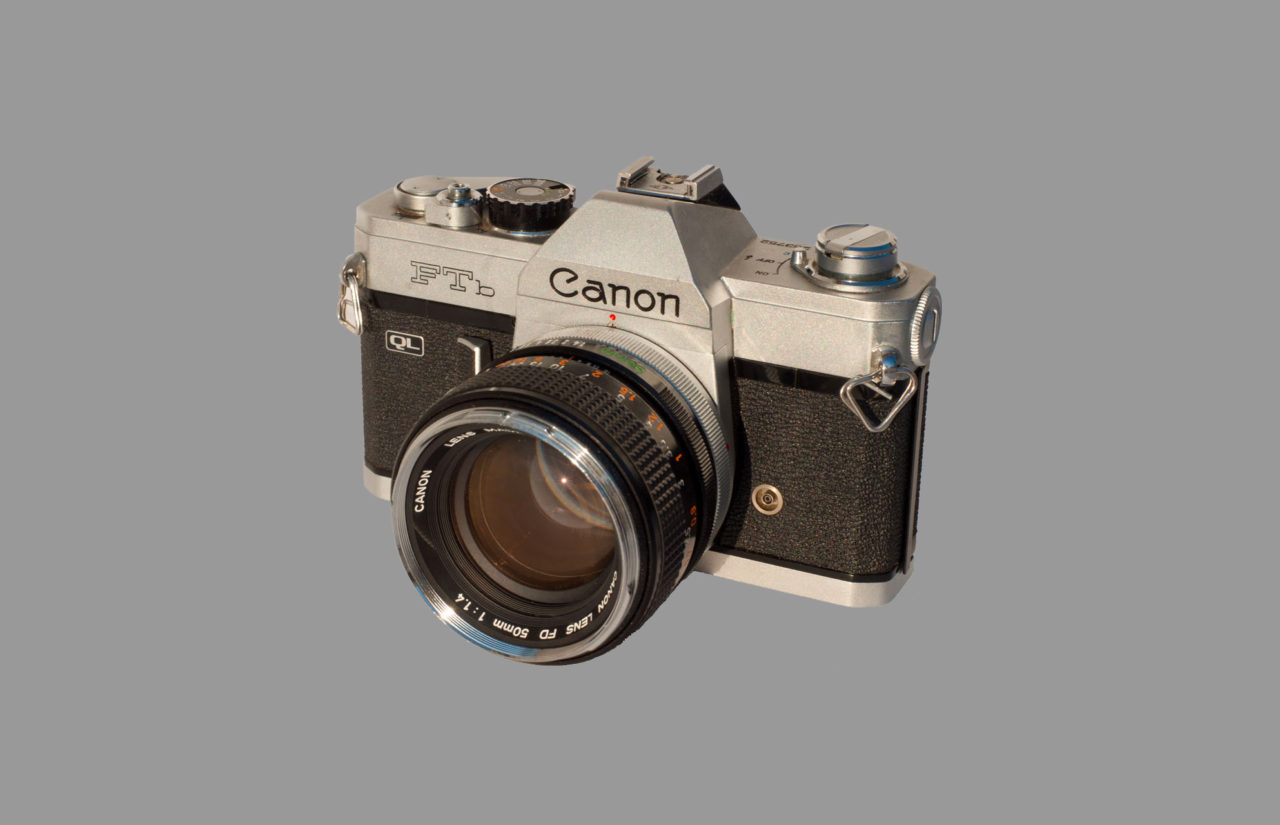 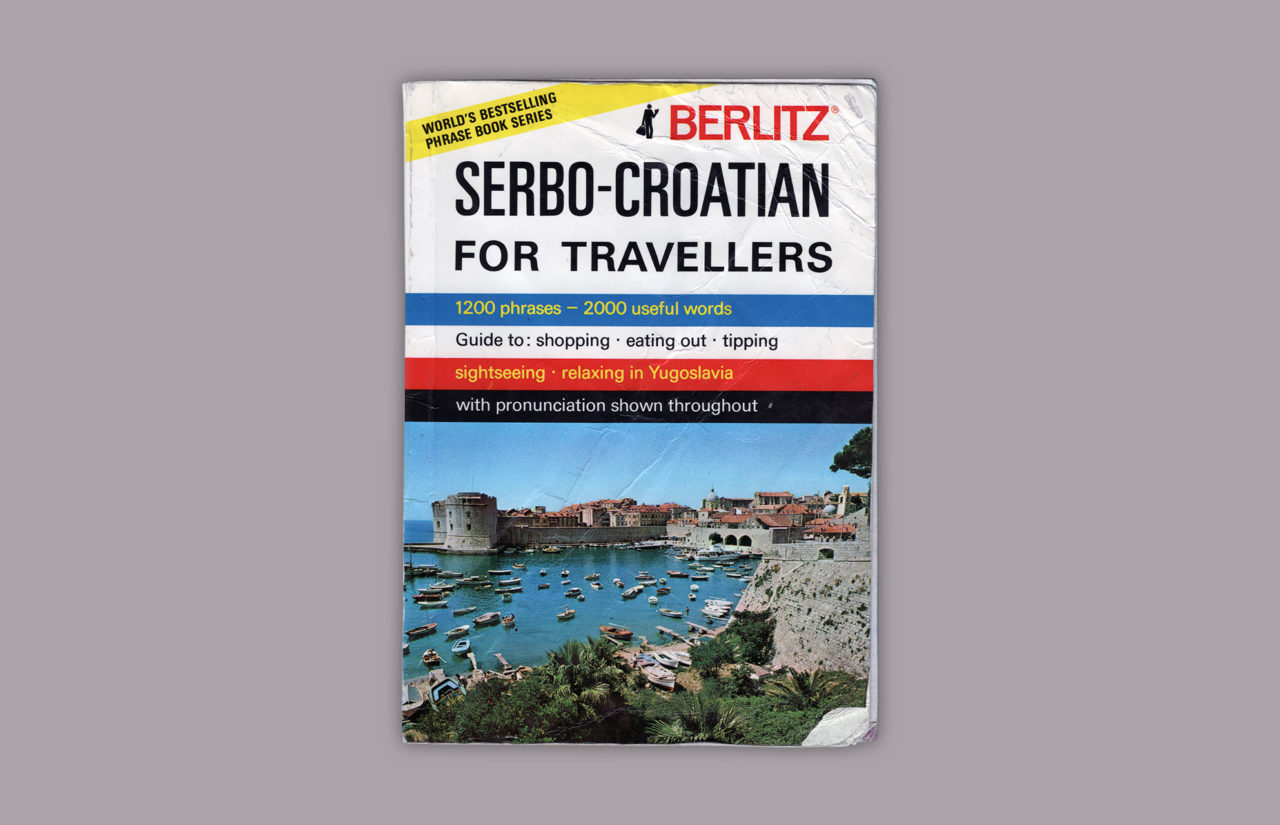 Important lifeline objects for the Journey

Several weeks later and I was invited to join a small NGO working in a war torn town called Pakrac in Croatia. Part of my role would be to help run a project teaching kids B+W photography. I had been rumbled – caught out telling wee white lies about being a photographer. But the opportunity was too good to refuse and I accepted. I began a crash course in B+W photography, bought the Kodak Pocket Guide To 35mm Photography Book and joined my local amateur photography group to learn and experience the magic that was the darkroom.

Several months later I arrived in Zagreb, Croatia with somewhat sketchy photography and darkroom skills and armed with a donated Canon FT QL – a vintage 35mm camera and Serbo-Croat phrase book. Croatia’s capital Zagreb was in full late summer swing, packed out bars, restaurants, live music and cultural institutions a plenty. There was not a destroyed building or bullet ridden wall in sight. An hour or so into the train journey from Zagreb to Pakrac and this illusion of all being ‘normal’ was shattered as the landscapes and homes became increasingly bullet ridden and destroyed the closer the train got to Pakrac.

The town of Pakrac itself was in ruins – estimated to be 85% destroyed during the war with tension and divisions still high and not much had been rebuilt. The former frontline that separated the town was now a dividing line that few people crossed with Croats mainly living in the town and the Serbs, predominantly elderly ladies, living in the surrounding villages.  A sense of menace and a low-lying level of stress permeated life in the town.  Sporadic explosions could still be heard as animals set off landmines in the surrounding fields, a handy reminder not to venture off the pathways or beaten track. This would become my home for the next 4 months and it wasn’t to be the gap year experience I had envisioned. 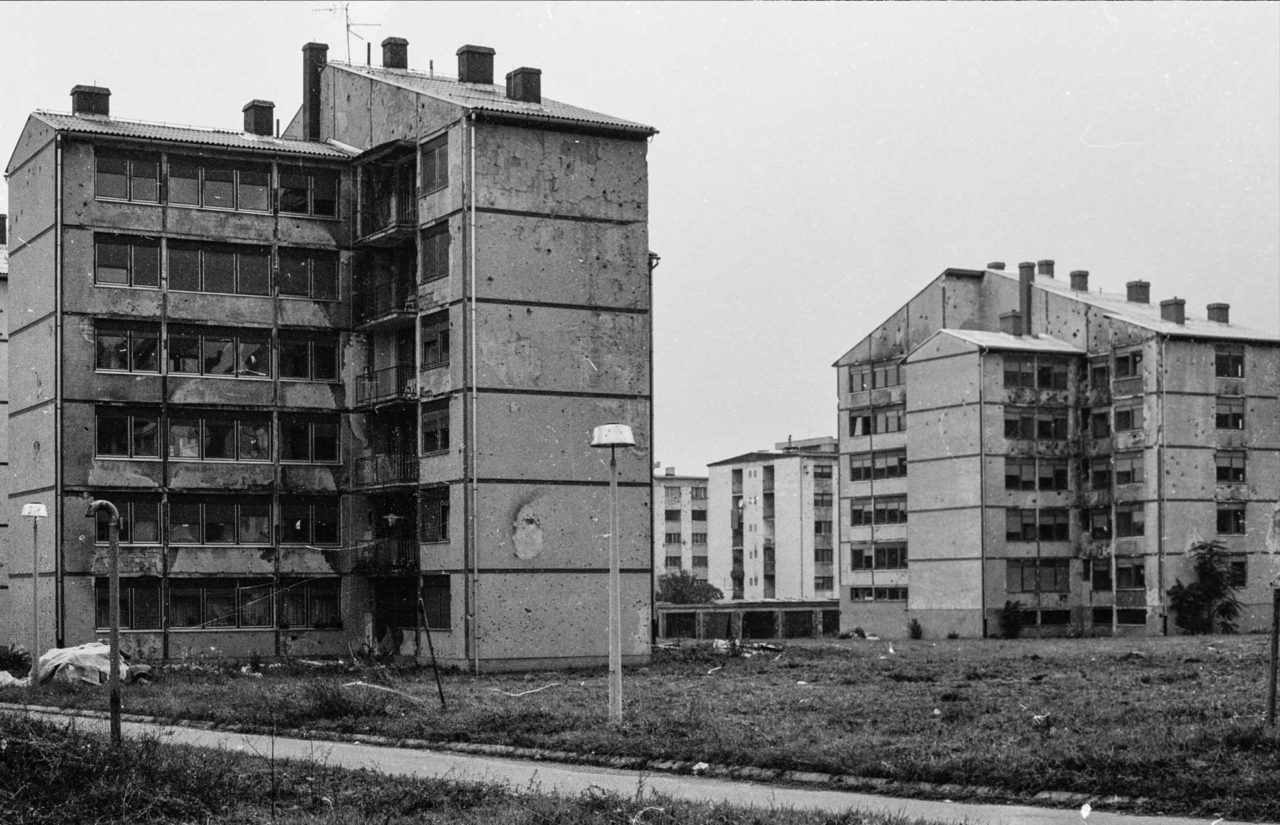 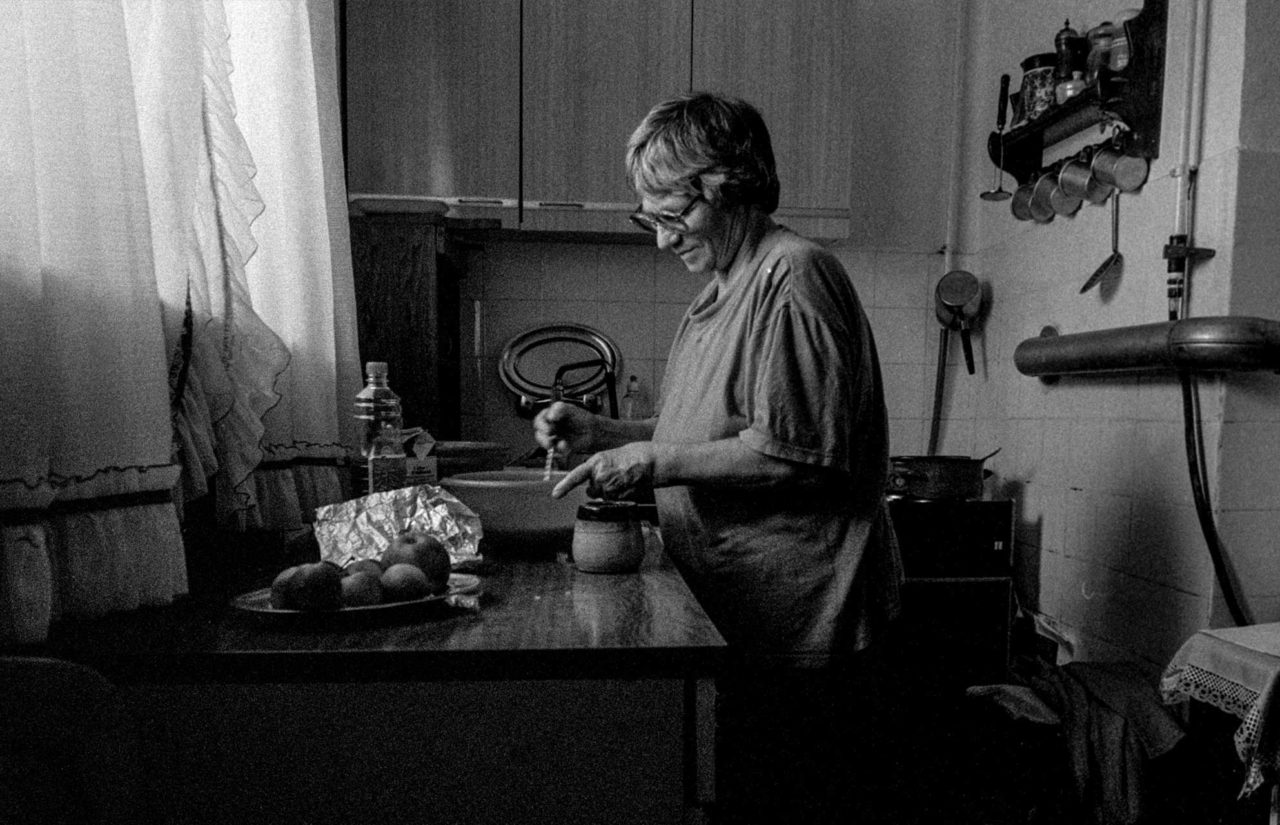 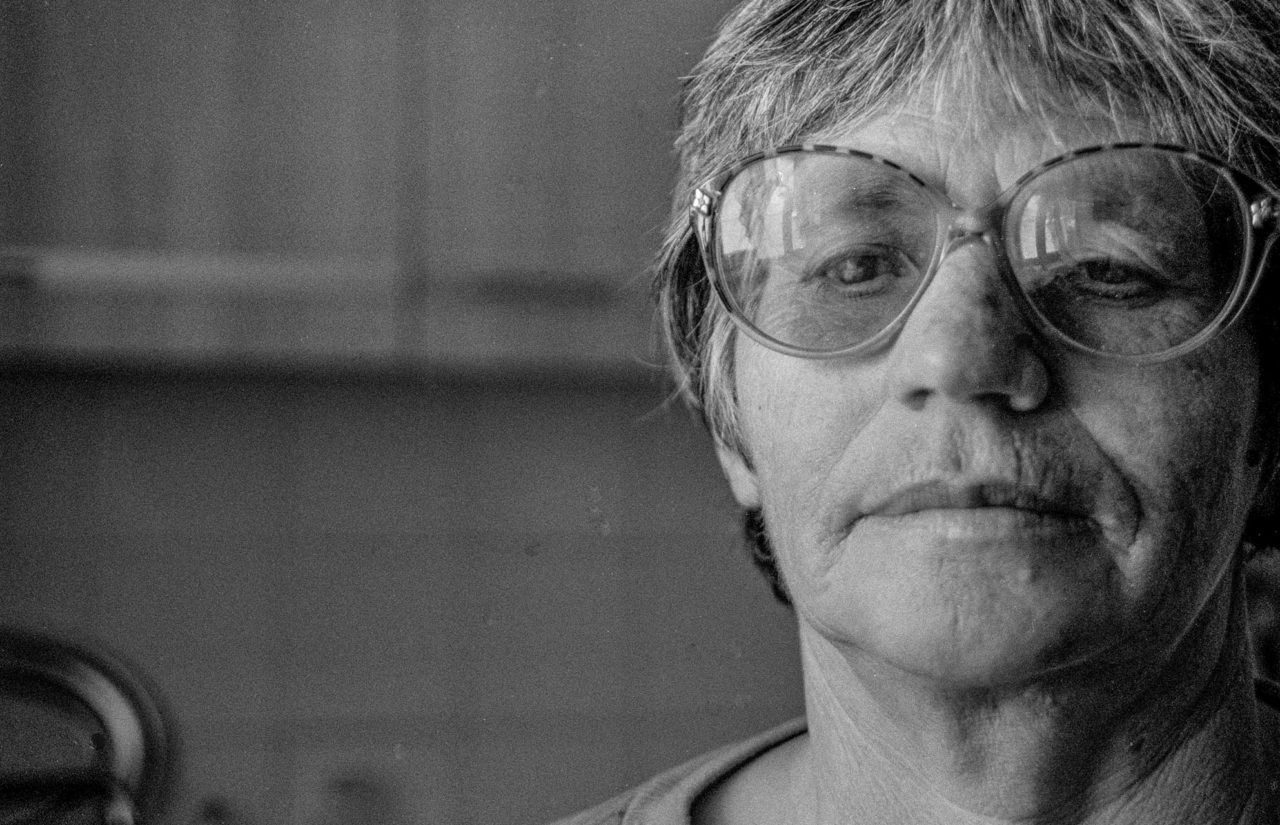 Ljuba Selthufer – Croatian side of Pakrac

Volunteer Project Pakrac’ had been set up in 1993 in the town as a ‘Grassroots Civilian Peacebuilding,’ project with much of the work involved rebuilding homes, assisting on small agriculture projects, community visits and educational projects.  I was one of the last 8 volunteers in the ‘Volunteer Project Pakrac.’

The first few days were spent on a guided tour of the town with community visits across the divide.  I met with Ljuba Selthufer – a 55 year old Croatian living alone in her flat that straddled the former front line, known locally as Crazy Ljuba. During intense periods of gunfire and shelling she would yell and curse at Serb soldiers from her living room window and at Croatian soldiers from her bedroom, shouting at them to end the war or to shoot her and get it over with.

On the other side of the divide I was introduced to Ljuba Gajic, an 80 year old Serb, who lived alone, struggling to survive in a tiny partially destroyed house . Like most Serbs, who were fearful of living in a newly independent Croatian state, Ljuba’s family and friends had fled Pakrac.  Defiantly, she remained behind alone, scraping by with her six chickens, three cats and a dog called Jonny.  She fed her animals from a stockpile of ‘humanitarian’ tins of corn beef, claiming she would rather die of starvation than eat them herself. Ljuba had the classic Balkan old lady look and demeanour, complete with a headscarf and impressive vocabulary of swear words. She resembled every old lady I seen in the news reports from the early 1990s and I felt an immediate warm and connection with her. 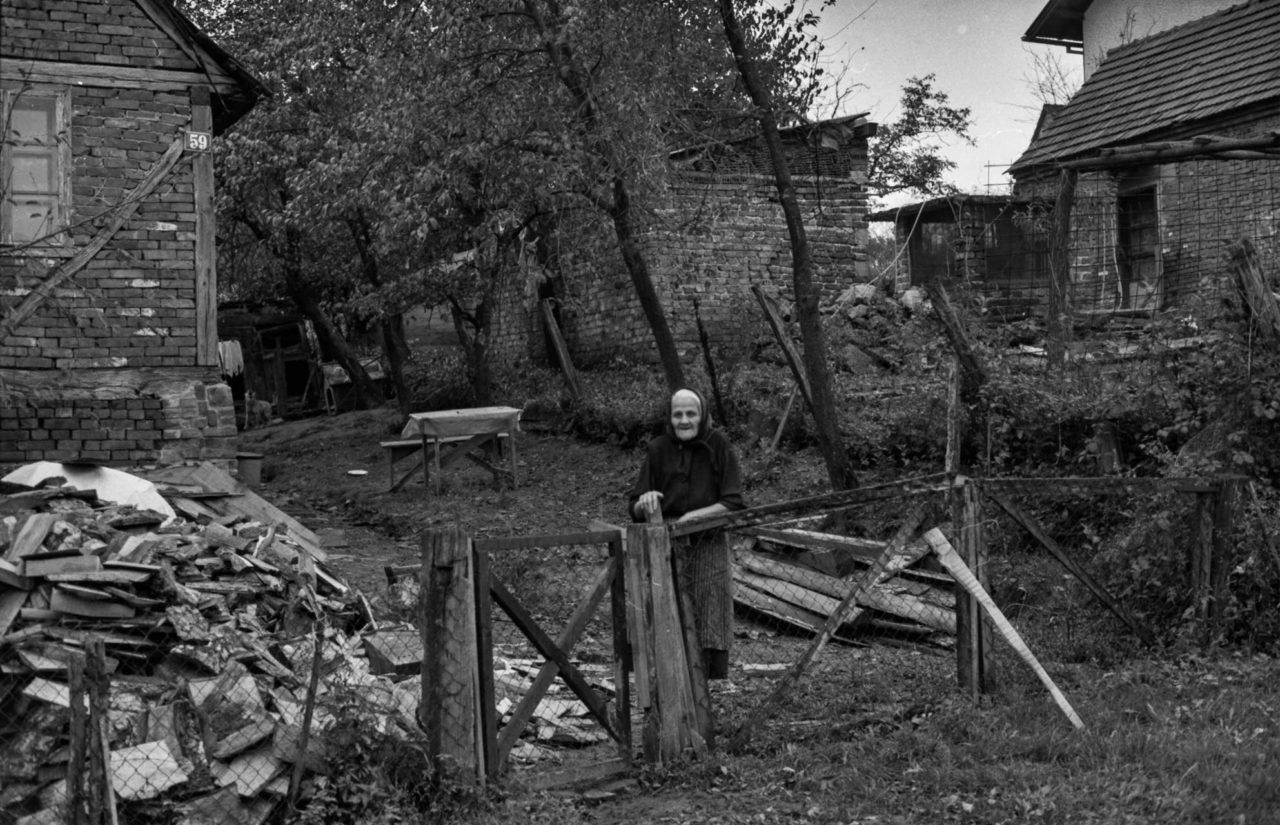 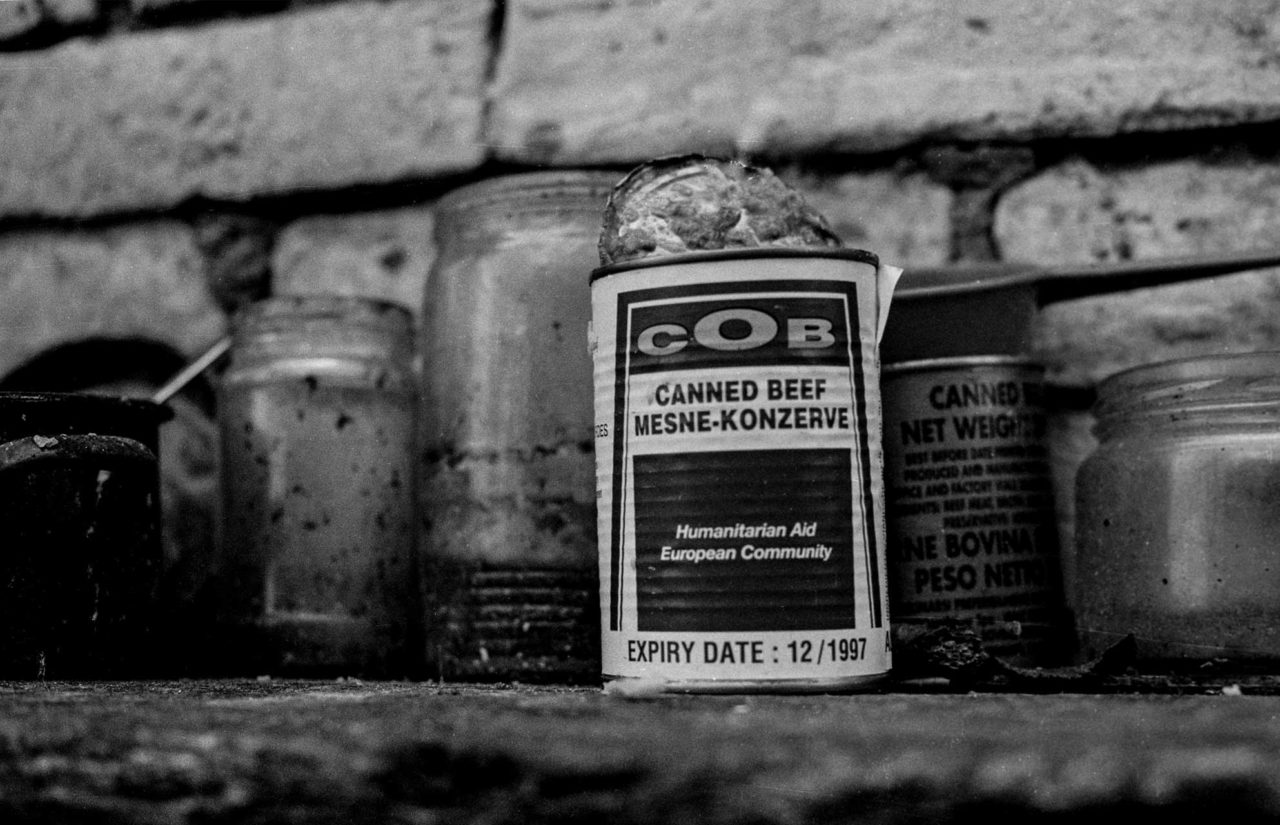 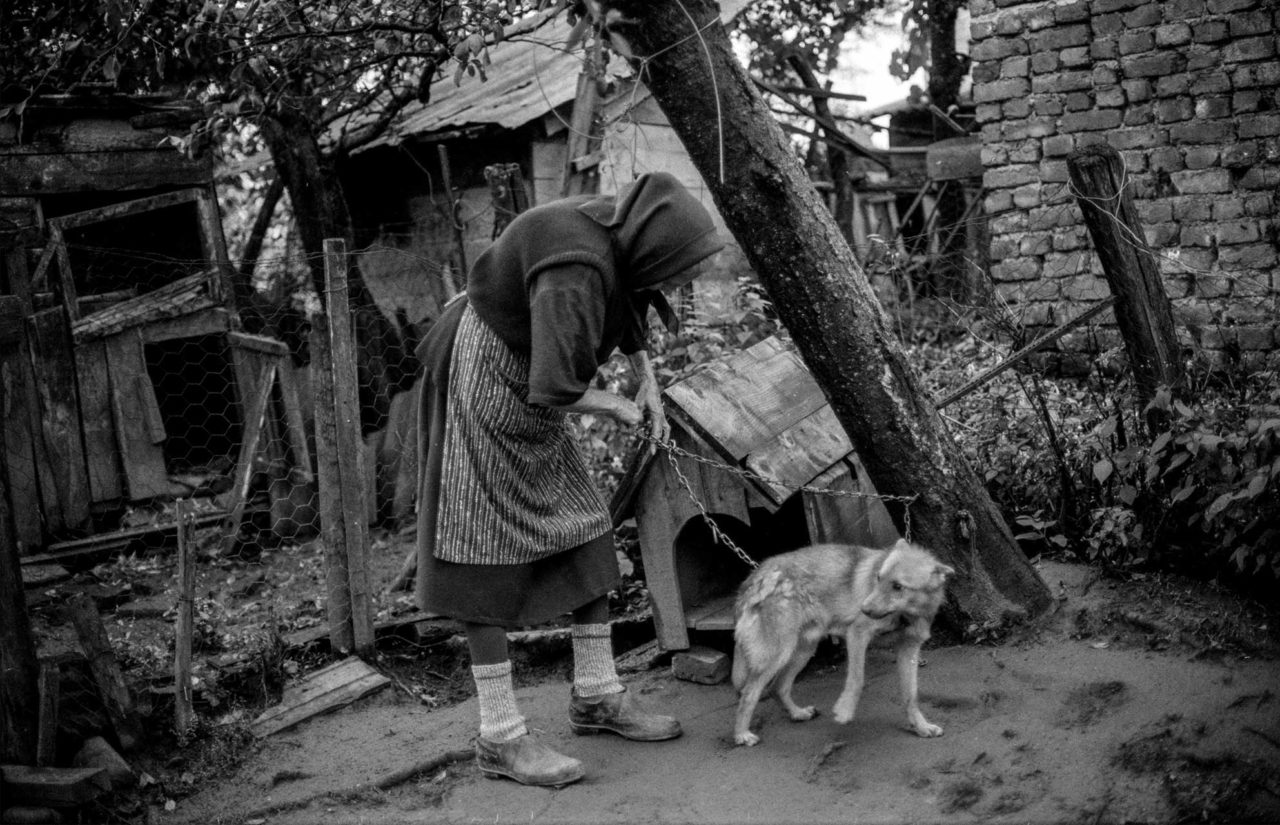 Ljuba Gajic – Serb side of Pakrac

The volunteer work: the community visits and small agriculture assistance continued into the Autumn months, although on a reduced scale as funding for the Pakrac Vounteer Project was quickly running out. The materials for the children’s photo project were used up, and soon there was no money to pay the rent or heat the volunteers’ house. These were to be the last days of the project.

I spent most of my remaining weeks in Pakrac hanging out and helping Ljuba Gajic. I would chop wood for her, help with small home repairs and basically give her (and me) company. I still didn’t know much Serbo-Croat but we managed limited conversations with the help of my wee phrase book, lots of miming and laughter, and the occasional shots of her homemade plum brandy. Some days if I was really lucky and Ljuba got paid her pittance of a pension, she would make us both a big pot of homemade bean soup. Simple pleasures in a parallel universe that I was now very much part of.

I only have a handful of photographs of Ljuba and very little overall photographic record of my time in Pakrac. I may have had a camera, but I never thought of myself as a photographer and of the fifteen or so rolls of film I had taken with me – only eight of them survived intact and were developed – the other rolls were either lost or damaged. The surviving negatives were dumped in a cupboard and forgotten about.

My time in Pakrac was never about photography and constantly taking photographs would only have created a barrier and have gotten in the way – I am sure of it. Pakrac provided that experience and opportunity to absorb and reflect on everything that surrounded me  and that is so rare, almost impossible these days.

I left Pakrac on a cold winter’s morning in November 1996 saying a tearful goodbye to Ljuba. I went along with one of the other volunteers who spoke Croatian – so that I could say a proper goodbye, without my wee phrase book. Ljuba poured us all one final plum brandy and with tears rolling down her cheeks, she clasped my face towards her and said I was like a son to her. Then in the same breath she swore at the then Croatian president for ruining her life and shook her fists in the air. Her one last symbol of defiance.  My days in Pakrac had come to an end – but my Balkan Journey had well and truly began. 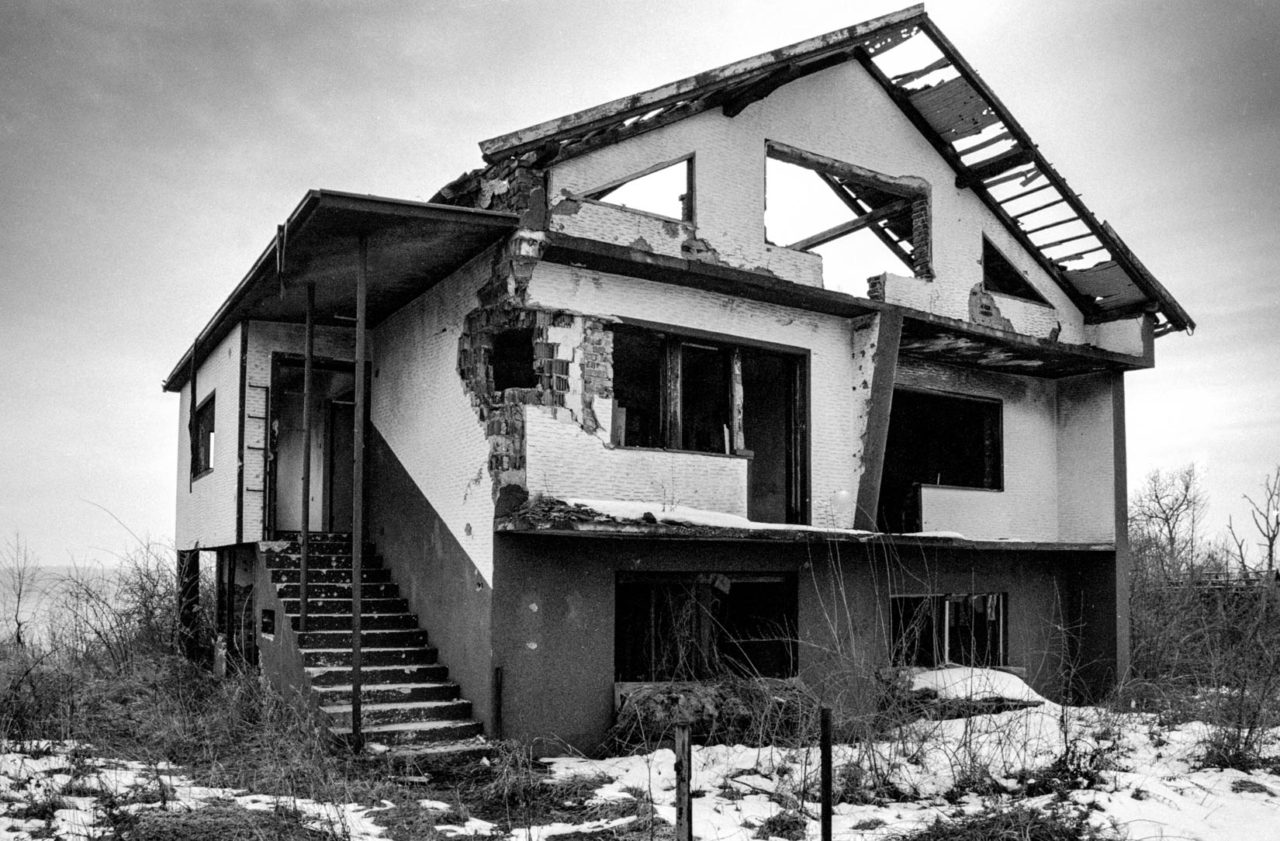 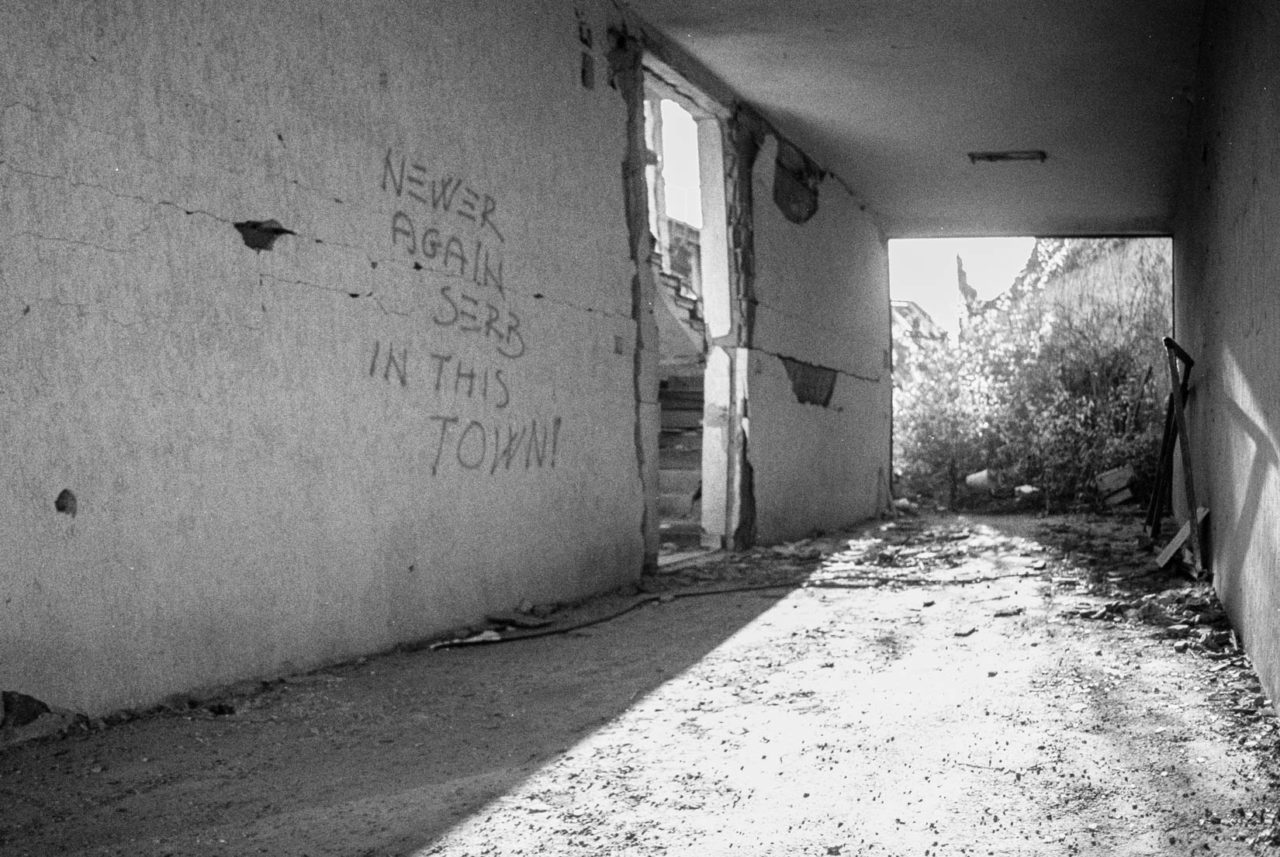 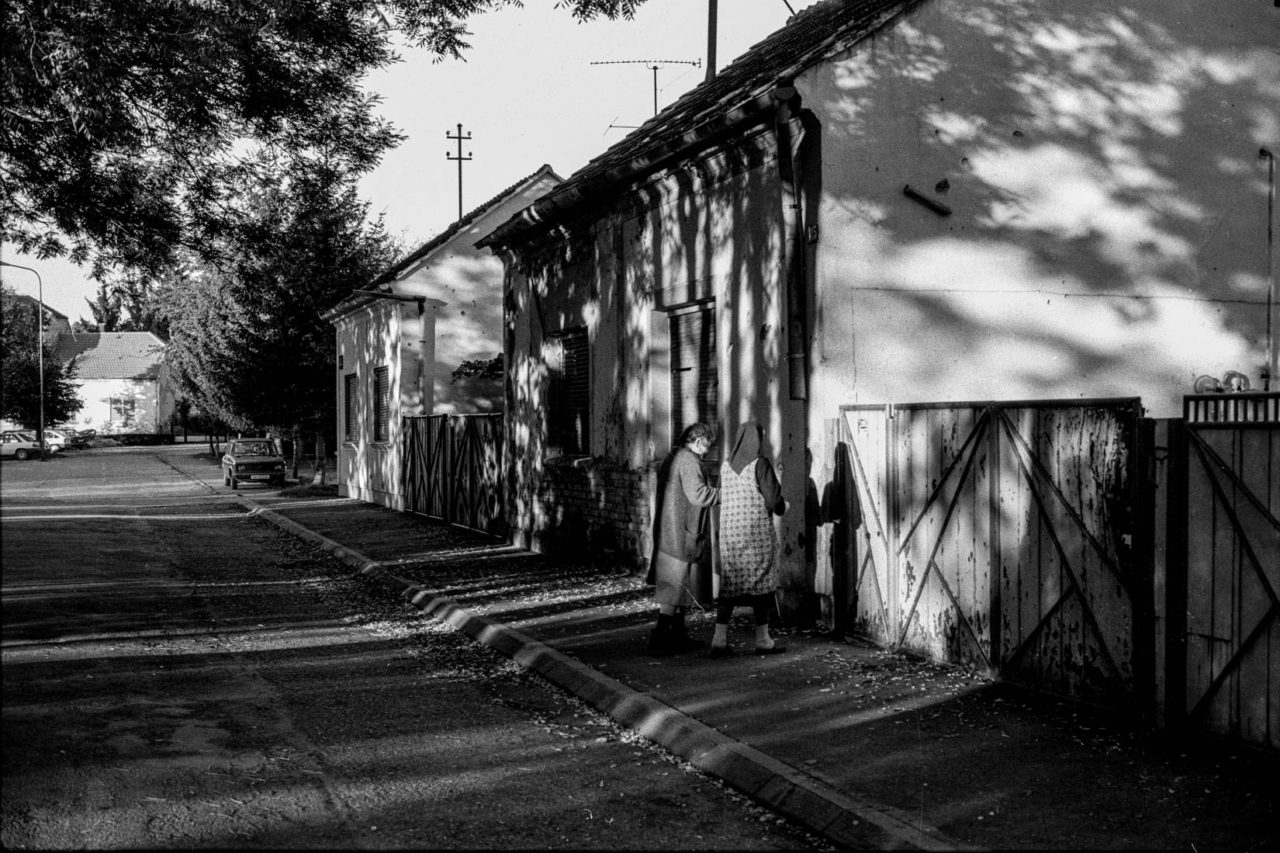 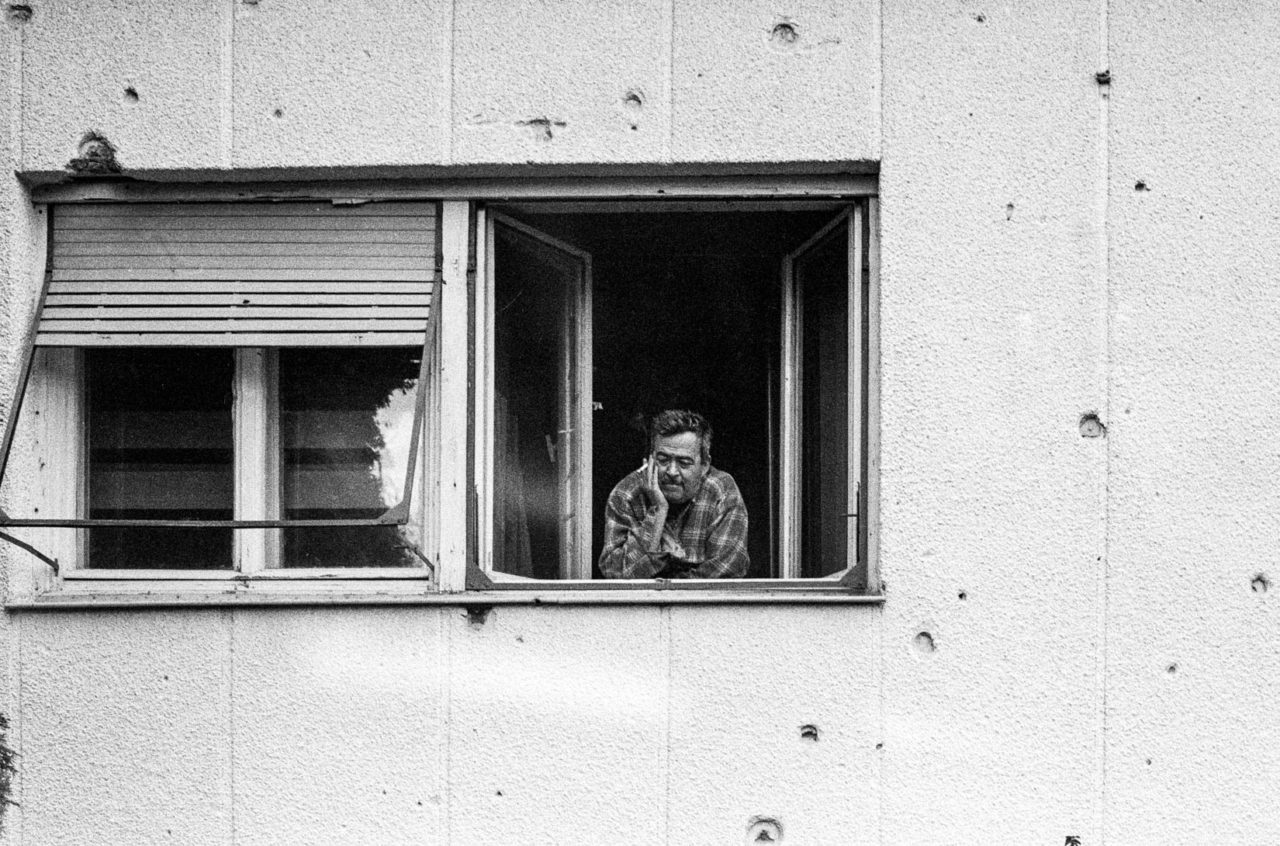 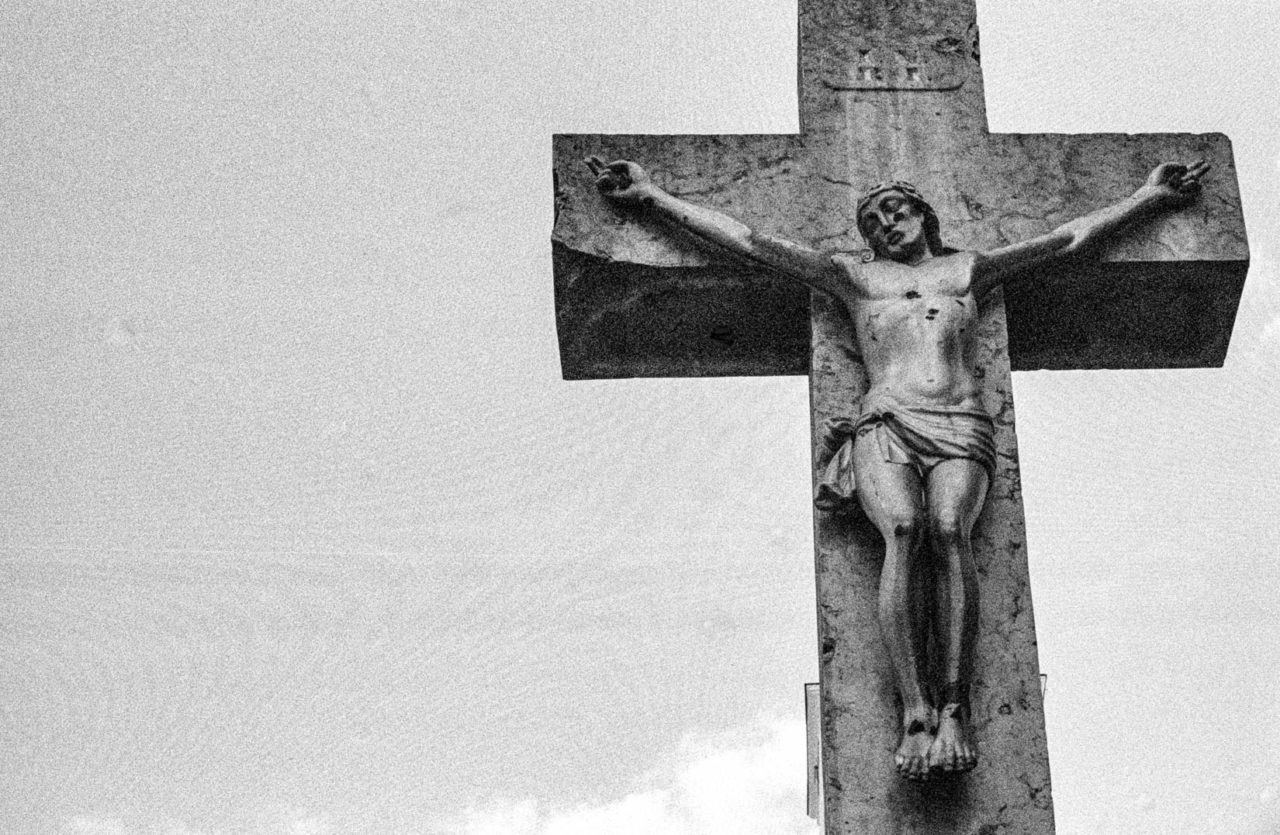 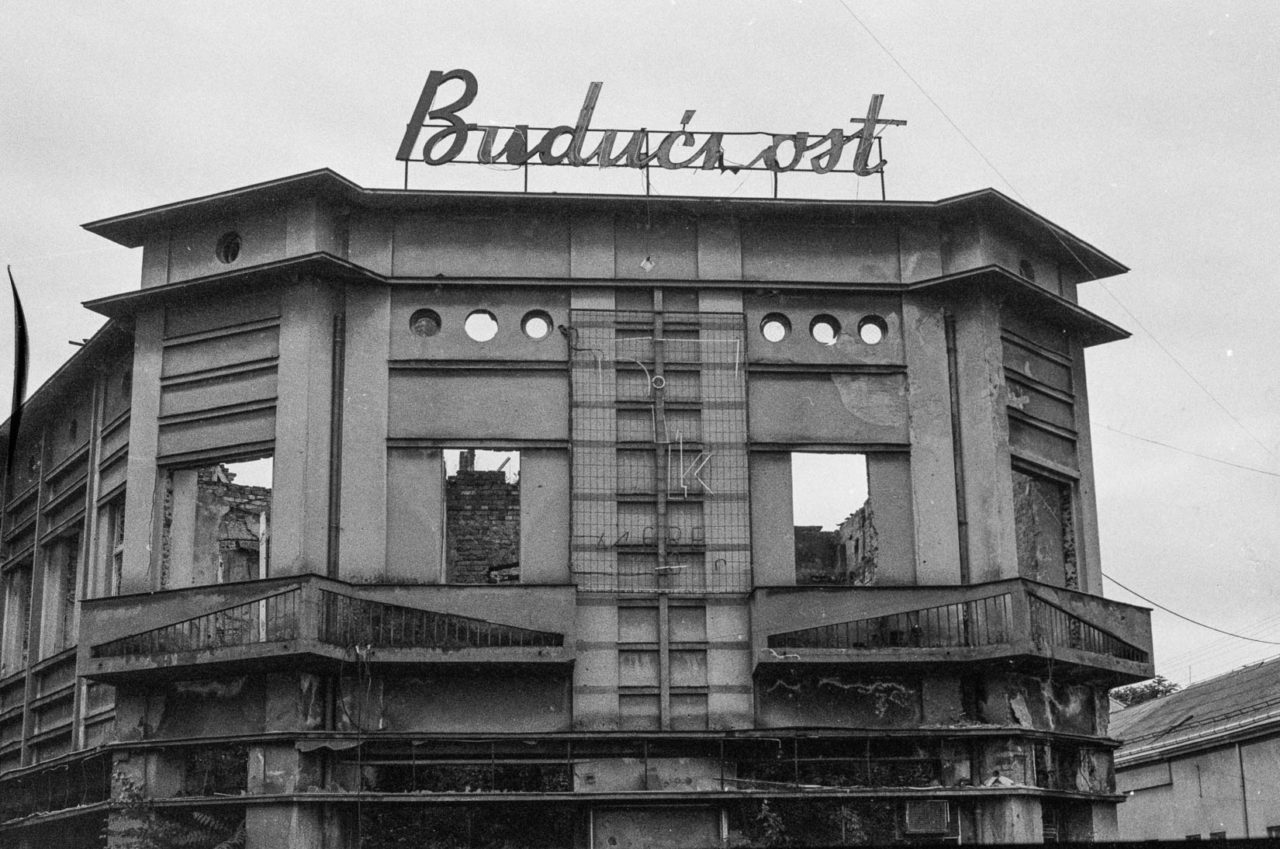 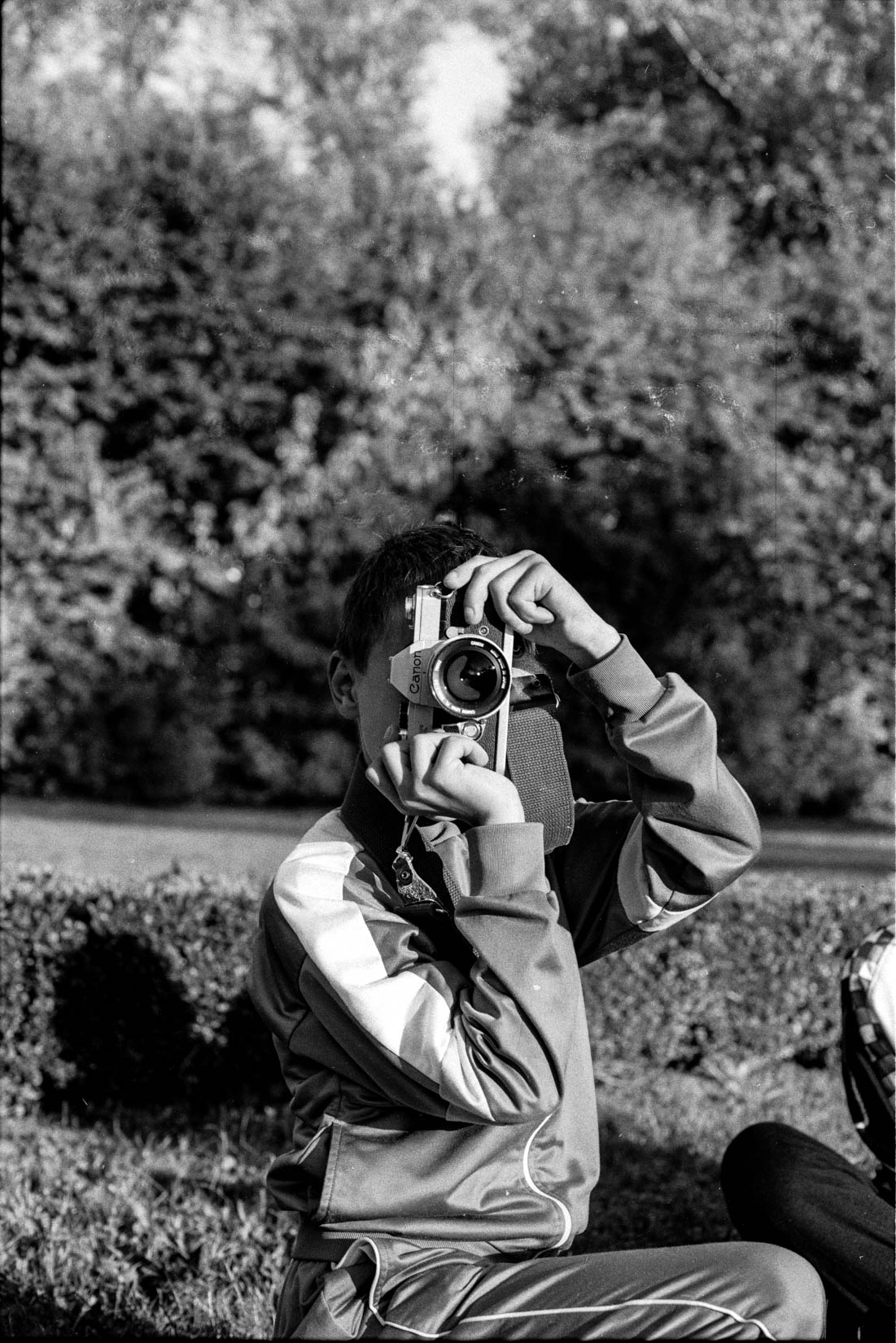 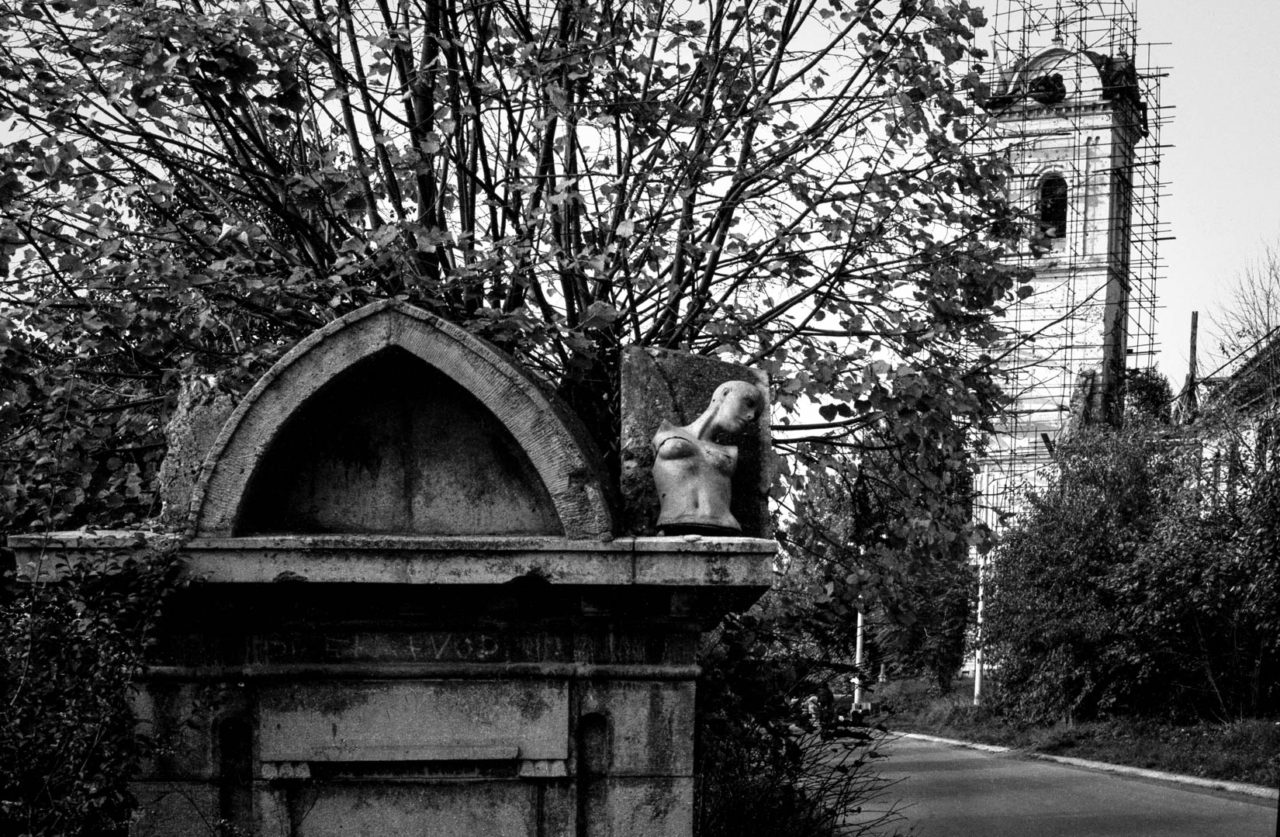 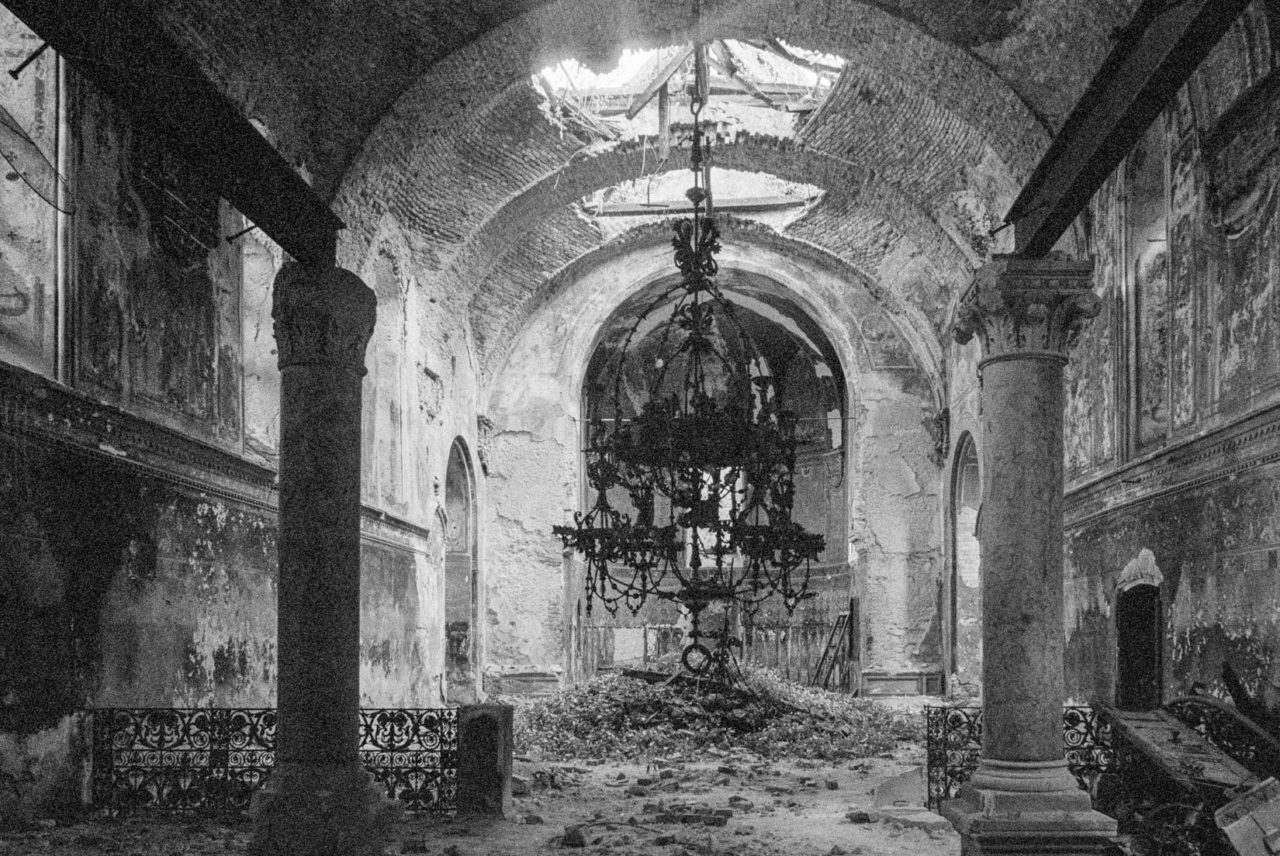 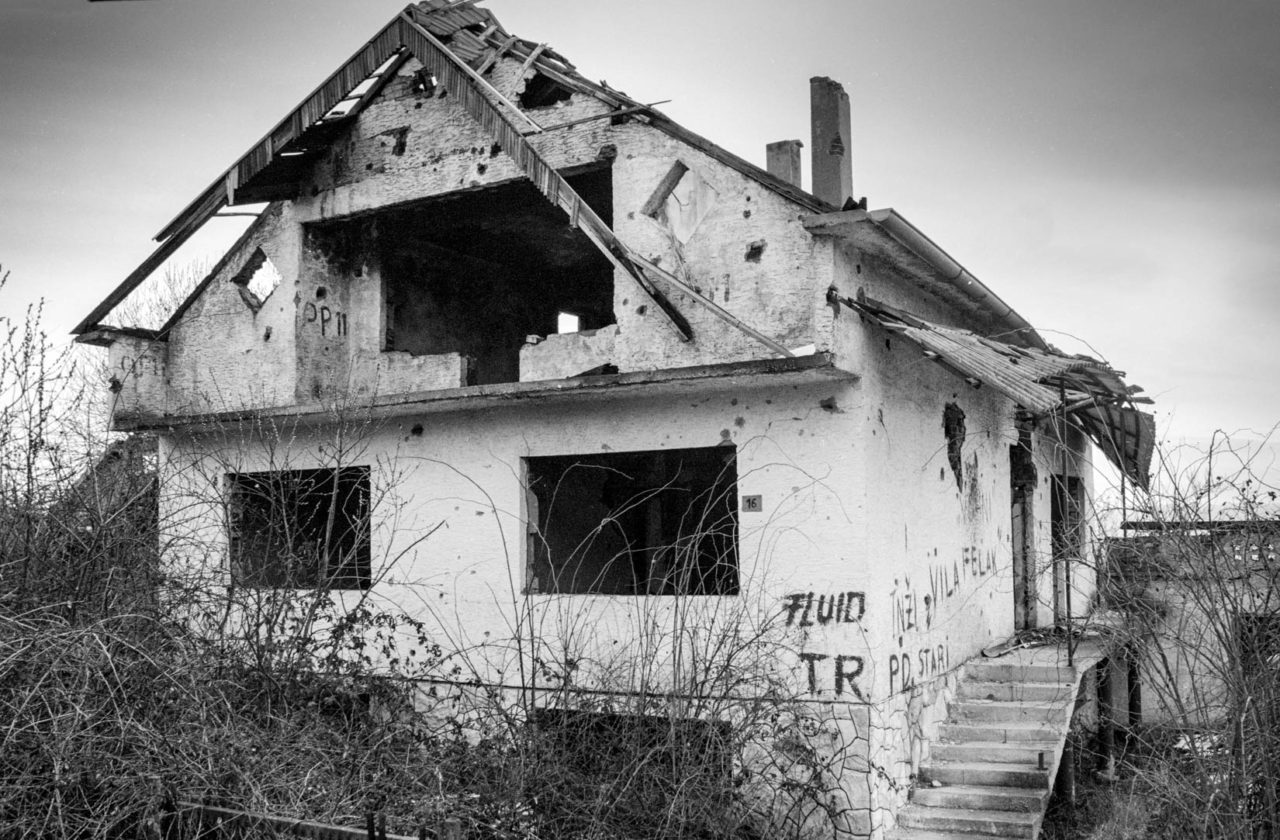 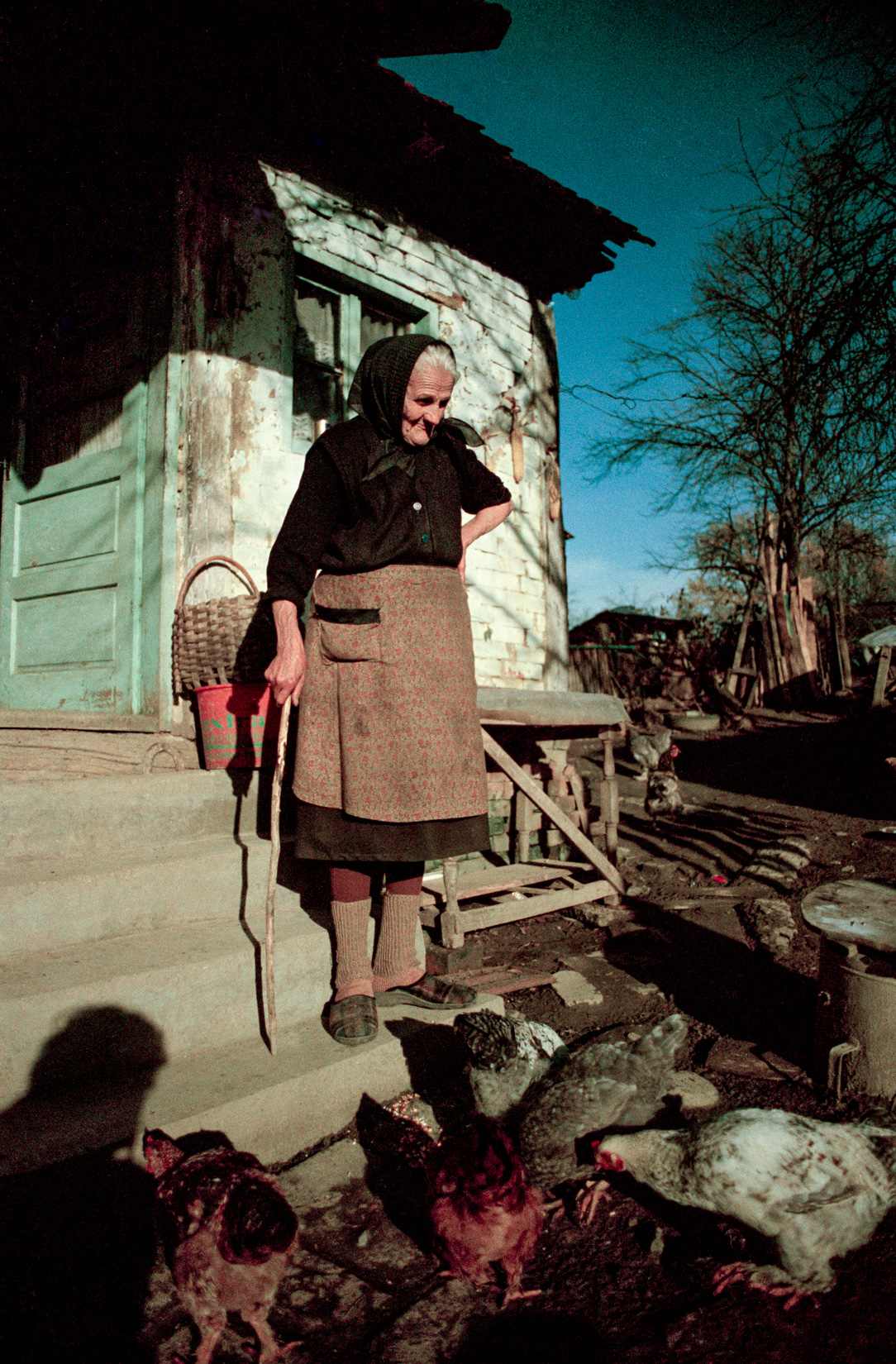