A Balkan Journey is a Visual Arts project in the form of an exhibition and a book of photography and essays, alongside interactive international and local events. Chris Leslie takes us on a photographic journey through the towns and cities of post-conflict Former Yugoslavia in this extensive and previously unseen 25-year archive from the region.

This collection of work will showcase his earliest photographs from a war-ravaged Croatian town in 1996, through to the present-day Sarajevo of refugees and migrants trapped in limbo. 2022 marks the 30th anniversary of when the war began in Bosnia at a time when the region and Europe continue to struggle with conflicting ideologies. A Balkan Journey, presented as a Visual Arts project, will provide a crucial moment of reflection at this time, both for the viewing public and for the artist at a pivotal moment in his life and career.

It will provide us with a penetrating insight into the human stories behind one of the most influential periods in modern European history. Working alongside writer John McDougall, the project included an exhibition at SOGO Gallery in Glasgow, a book of the photographs and accompanying background and stories, seven public events across Scotland and Sarajevo, and a website and social media campaign. The book and website include Bosnian / Croatian translations.

The Canon FTb 35mm SLR camera. My first donated camera that I took to Pakrac at the start of the journey.

My handy guidebook that served me well in Pakrac, even though the language was no longer in ‘existence’ because the official one was now Croatian. 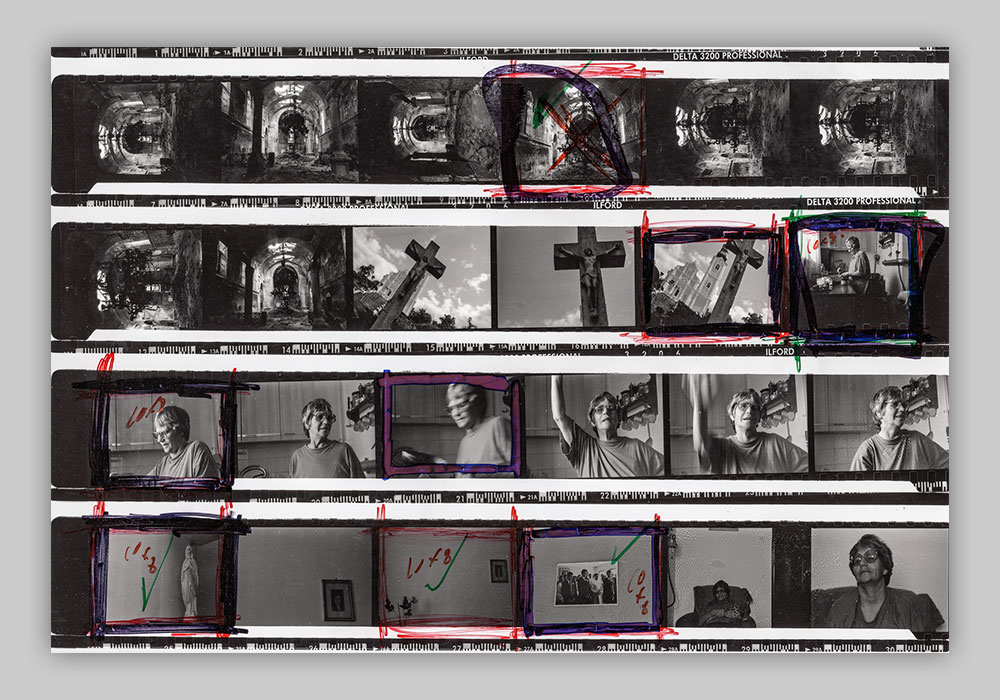 A rare contact sheet from Pakrac: Ljuba Selthufer and the destroyed Orthodox church in Pakrac, 1996. Many of my Pakrac negatives were accidentally damaged during transit or processing and only 8 rolls of film would survive.

My first map purchased in Sarajevo in 1996. It shows the extent of the siege in the city. Fama collection: Sarajevo Survival Map (The Siege of Sarajevo 1992-1996). 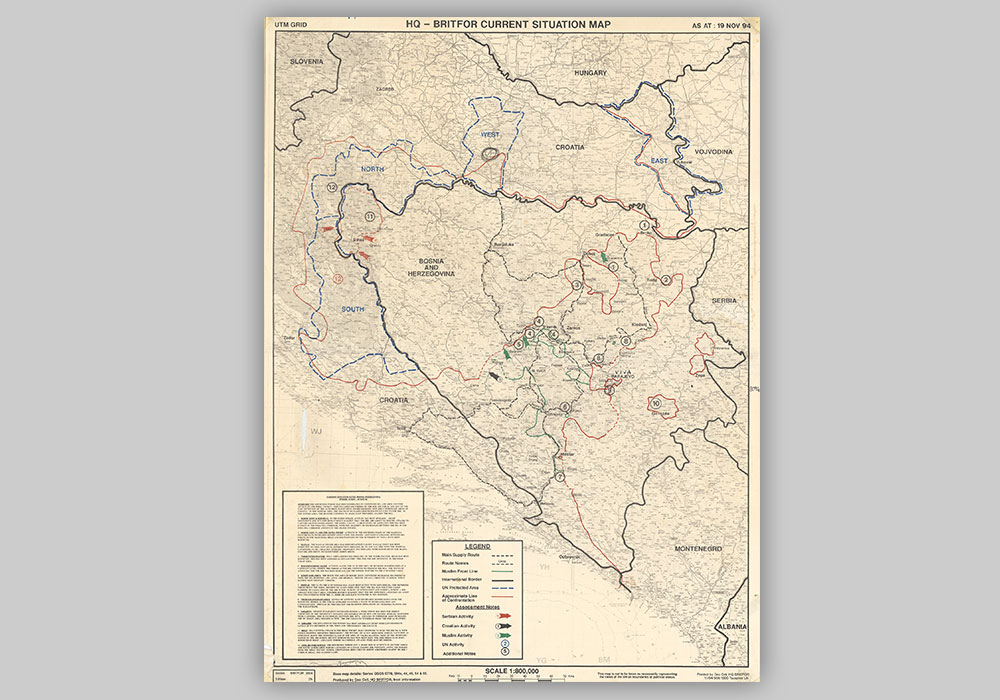 I had 3 months to do a crash-course in BW Photography and this booklet purchased in an Oxfam charity shop was my bible for the start of the journey.

A photo of me in Pakrac, October 1996. The mode of transport in Pakrac for the volunteers were donated bone-rattling bikes. Photo by Pete Pawinski.

The Project is funded by Creative Scotland